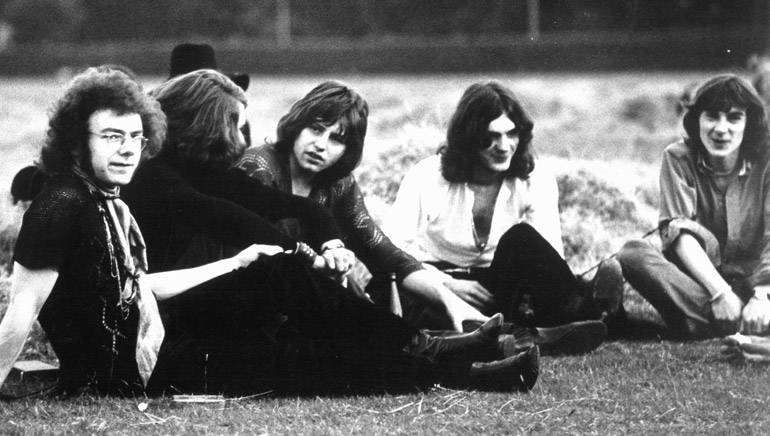 BMI is mourning the loss of British rock pioneer Greg Lake, who passed away on Wednesday after a protracted battle with cancer. As singer, songwriter, bassist, producer and co-founder of King Crimson, Lake leant his clarion vocals to the ambitious band’s watershed debut, In the Court of the Crimson King. Anchored by expansive epics like “Epitaph” “Moonchild” and the band’s sprawling, signature anthem, “21st Century Schizoid Man,” the 1969 album is roundly considered a cornerstone of progressive rock. Departing Crimson prior to the release of their second record, In the Wake of Poseidon, Lake formed a new band with former Nice keyboardist Keith Emerson and drummer Carl Palmer from Atomic Rooster and the Crazy World of Arthur Brown, forging the progressive rock power trio, Emerson Lake & Palmer. ELP albums such as Tarkus, Trilogy and Brain Salad Surgery seamlessly melded classical and symphonic elements with rock, further solidifying Lake’s status as a true musical innovator.

While Greg Lake is most commonly associated with progressive rock, his influence extends far beyond that subgenre. “21st Century Schizoid Man,” for example, has been covered by artists ranging from indie rock’s Unrest through heavy metal’s Voivod, and was even prominently sampled by rapper Kanye West on his 2010 single “Power.” He will be dearly missed by his friends and admirers at BMI.