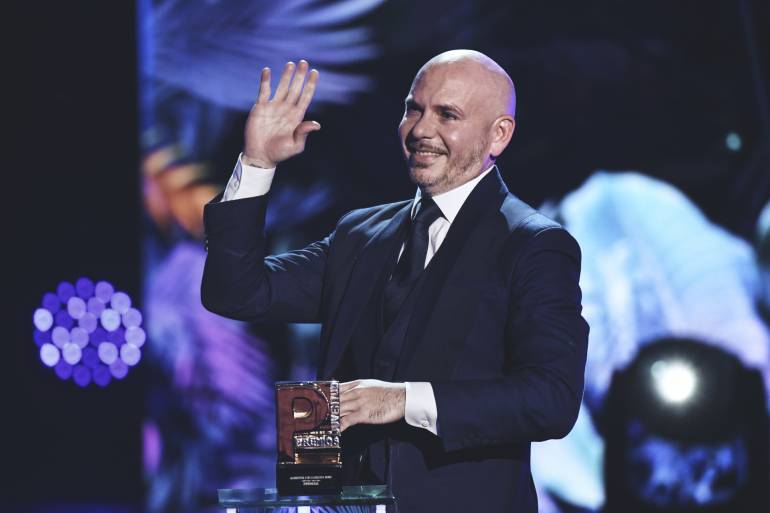 BMI is very proud of its many Latin songwriters who took home trophies at the Premios Juventud Awards, broadcast live at the Seminole Hard Rock Hotel & Casino in Hollywood, FL on August 13. Celebrating Spanish-speaking popular culture across multiple media, the Univision networks Premios Juventud winners are determined by fans who vote online.

During the live four-hour presentation, several BMI affiliates were singled out for their accomplishments. The hit “China” by Anuel AA featuring Ozuna and J Balvin won each writer awards for The Perfect Mix and The Traffic Jam (Song You Listen to While Stuck in Traffic). Anuel AA received additional trophies like the Juntos Encienden Mis Redes award and the #PetGoals award. Balvin, meanwhile, won the Esta en Todas award for his work as a featured artist and the Video with A Purpose Award for “Rojo.” Other notable wins included the Producer You Know By Shout-Out award for Gaby Music and Dimelo Flow, the Best At-Home Concert award for Sech and The New Generation - Female award for Cazzu.

The Premios Juventud Awards also recognize artists who are using their platform for positive change. In this capacity, Pitbull received the Agent of Change Awards for his financial support for Latino small business and the SLAM! Schools and Ricky Martin received one for his activism and efforts via the Ricky Martin Foundation. Producer and composer AB Quintanilla, meanwhile, received two awards for the legacy of his sister, the late Selena Quintanilla, which were presented with a stirring performance of the late singer/songwriter’s popular cumbias by Ally Brooke and others.

Other memorable performances of the evening included the television premiere of “Honey Boo” by CNCO, rousing renditions of “Caramelo” and “Mamacita” by Ozuna, and a triad of reggaeton hits “Narcos,” “Hasta Que Dios Diga” and “Reggaetonera” by Anuel AA.

Congratulations to all our winners!