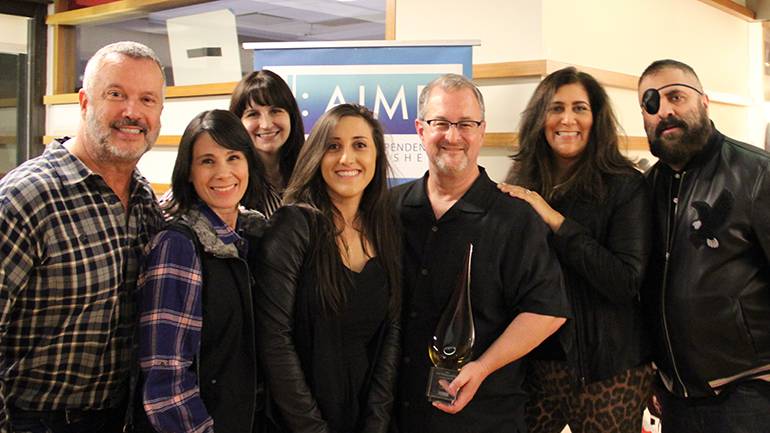 On Thursday, December 5, BMI hosted the Association of Independent Music Publishers’ (LA chapter) annual holiday party at the Company’s Los Angeles office. The event was held to benefit the AIMP Linda Komorsky Liker Scholarship Fund, and to collect food and toys to aid The City of Hope, as well as a local food shelter. During the celebration, the AIMP presented two awards: the Indie Publisher of the Year Award, which went to PEN Music Group, and the Individual Award, which was posthumously given to Jay Rosenthal for his support of songwriters and publishers.