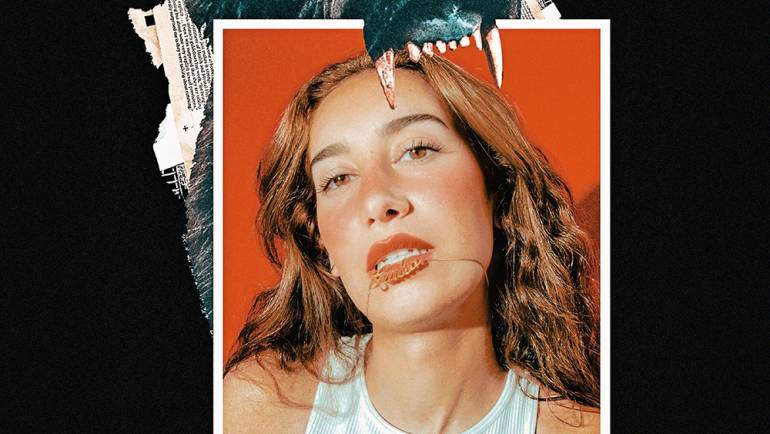 New York has given birth to some of the most captivating and trendsetting artists of our time, and though indie-pop artist, Wolf, only started releasing music out of her bedroom in Queens this past year, she has already started to show signs of following that same path. Her music transcends pop boundaries by creating a world that explores intimate conversations through clever wordplay, honeyed vocals, and layered 808s on songs like “Hoops,” “Play It Safe,” and “Ghost.” Originally, Wolf sought out writing as a way to avoid confrontational social interaction, but when forced to write an original song for a senior showcase in college, she realized the freedom that songwriting allowed her. Frustrated with the process of finding collaborators who understood her vision and perspective, she began self-producing, performing at open mic nights, and connecting with a neighborhood of supportive artists and creatives who nurtured her talent. Wolf now has a close collaborative partnership with artist and producer, Jackson Foote, who discovered her on Instagram after hearing a live version of “Ghost.” She continues to craft authentic moments and garner new fans around the world (her song “Immortale” recently found an audience in Italy) while learning how to design her own artwork and film/edit her own videos. Wolf’s latest single with Jonathan & Friends, “MagSafe - Acoustic,” is out now, and her solo debut album is set for release this year.