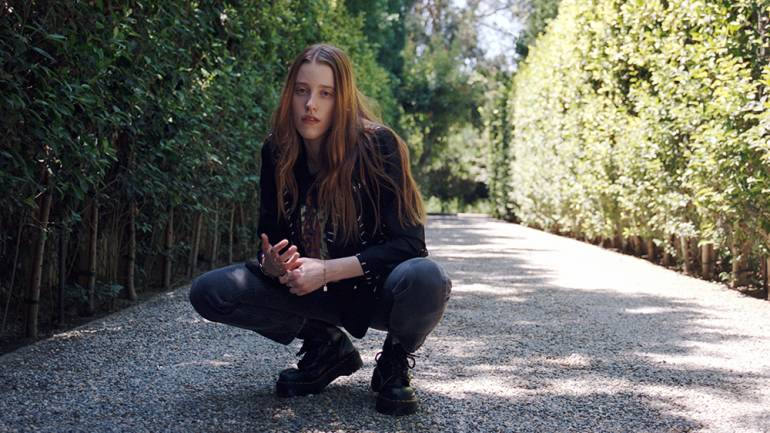 At nine years old, Willa Amai began her journey writing songs about heartbreaks she had yet to experience, losses she had never felt, and social injustices that she didn’t even know existed. Eclectically inspired by artists like Regina Spektor and the creators behind the poetry books her parents read to her, Amai amassed a body of work filled with the lyrical complexity of someone far beyond her years. At 14, she won acclaim for her rendition of Dolly Parton’s “Here You Come Again,” which she recorded with Dolly herself for the soundtrack to Netflix’s Dumplin, and now, at 16, she’s ready to share her own music with the world. “When I’m writing,” Amai says, “it’s almost like I’m turning on a radio…like the song already exists and my job is to pull it out of the air and into the world.” Amai’s tracks “Harder Better Faster Stronger” and “Trampled Flowers” are currently available to stream, as is her cover of the 4 Non Blondes hit, “What’s Up?” She has also performed with Brandi Carlile and is currently working with Linda Perry (the original writer of “What’s Up?”) on her forthcoming debut LP. The set’s first single is due out on October 26.