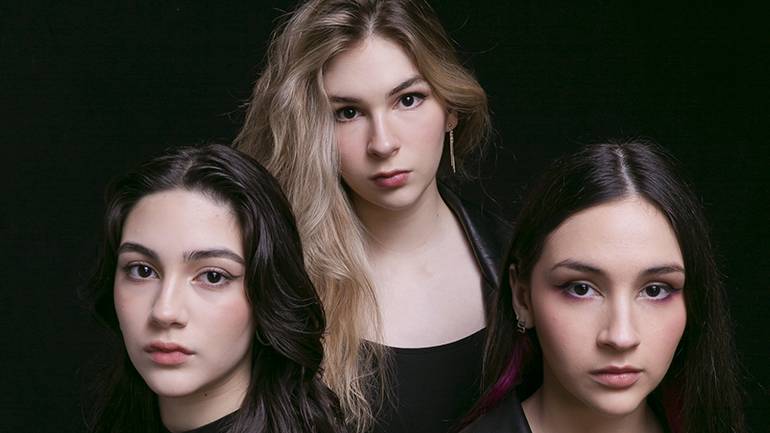 The Warning is a three-piece band made up of sisters—Dany (guitar, lead vocals), Pau (drums, vocals, piano), and Ale (bass, piano, backing vocals)—from Monterrey, Mexico. The trio infuse rock music with a much-needed shot of adrenaline via head-spinning riffs, unpredictable rhythms, stadium-size beats, and skyscraping vocals. After exploding online with one viral moment after another, The Warning parlayed their momentum into a series of independent releases, including Escape the Mind, XXI Century Blood, and Queen of the Murder Scene. Since the inception of their career, they have amassed nearly 120 million YouTube Views, more than 10 million streams, and a record deal with Lava Records / Republic. Legendary rock tastemaker Matt Pinfield has given the group a nod, and they have earned recognition from their peers, Willow and Olivia Rodrigo (Pau did drum covers of “transparentsoul” and “brutal,” respectively). Beyond these honors, they were selected by Metallica to collaborate with Alessia Cara on a cover of “Enter Sandman” for this fall’s Blacklist project, which will celebrate the enduring influence of their work. This fall will also see the group performing at the Welcome to Rockville festival, and they were chosen by Foo Fighters to open their 60,000-person show in Mexico City this November. Songs like “CHOKE,” “Evolve,” and “Narcisista” remain streaming hits, and they are already anticipating sold-out shows at the Troubadour in January 2022.