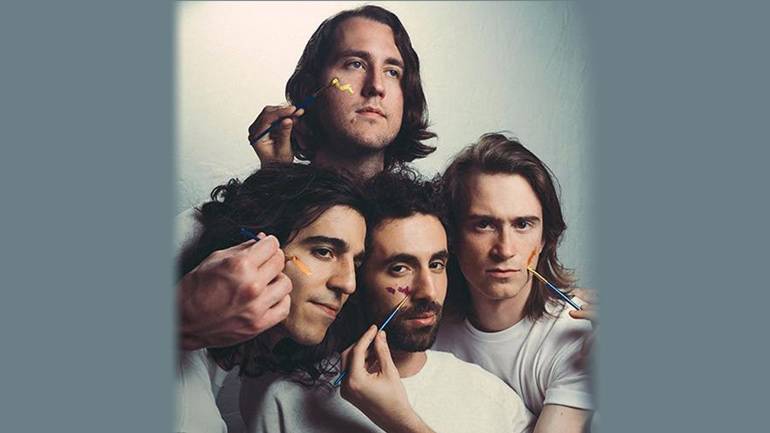 Sure Sure is an art pop band from the Eastside of Los Angeles. Comprised of Chris, Charlie, Kevin, and Mike, the group has been releasing music since 2014. They have already amassed over 30 million combined streams across platforms and played more than 150 shows over the last two years, sharing the stage with artists like Young the Giant, Hippo Campus and Rainbow Kitten Surprise. Their self-produced and self-written music has been described by peers as “prolific,” and their studio (which is actually a house) is full of instruments, cables and microphones that they use to create music around the clock. Sure Sure’s infectious sound and incomparable live shows have made them one of the most exciting up-and-coming bands from SoCal, and their recent six-night stint of online concerts provided fans with much-needed entertainment during the pandemic. The quartet has achieved multiple number ones on the Hype Machine charts and gained praise from Grizzly Bear, Rostam of Vampire Weekend, and other staples in the indie music community. Their latest single, “Funky Galileo,” was released in March, and they are set to release their next EP this summer.