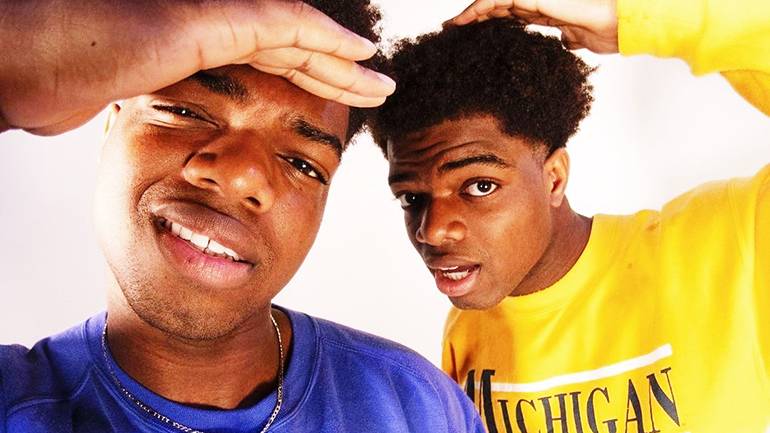 Born in Nigeria and raised in Houston, Texas, the pop-R&B duo is made up of identical twin brothers Ej and Ak. Inspired by artists like Khalid, the Jonas Brothers and Rex Orange County, the 21-year-old pair began posting covers of their favorite songs on their YouTube channel in 2015 as the Coverboys. In 2019 they skyrocketed to fame through TikTok, when one of their songs quickly amassed more than 100K followers and led to an invite to VidCon, an annual event celebrating the Internet’s biggest artists. Execs at Take & Thrown Records took notice and signed them, and now known as KAIRO, they just released their debut EP, Love Letters from Houston. Fans—we hear Lizzo is among them—are hooked on their mellifluous harmonies, which are juxtaposed with spare-but-resonant acoustic guitar melodies on songs like “Someone Like You,” which Ones to Watch called “delectable” and “a rich endeavor.” Today, their global fanbase includes more than 1 million followers, and the pair calls their success “the realization of a lifelong dream we’ve had since arriving to the U.S. from Nigeria.” They recently appeared at Houston’s White Oak Music Hall and their first full-length album is due out in 2023.