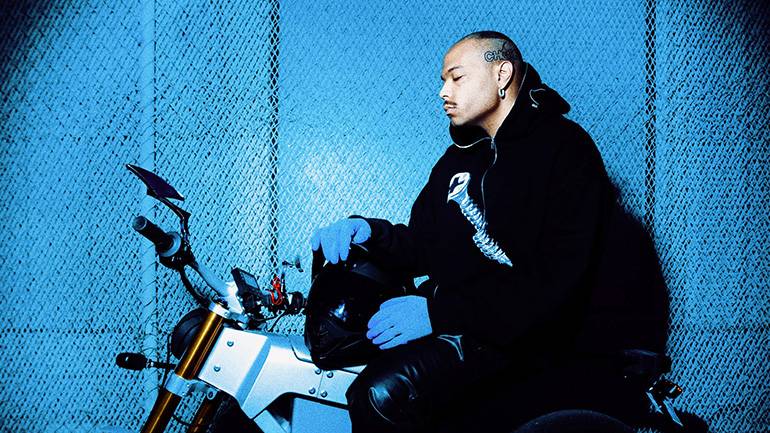 Jean Dawson is equal parts musician and visual artist. The half-Mexican, half-Black San Diego native was raised in Tijuana, where he became obsessed with music on his five-hour treks across the Mexican border to his U.S. school. Inspired by the rock, rap, and Latin music that surrounded him growing up, Dawson began recording music at age 14, going on to attend college for directorial studies, where he leaned into art and exploration while challenging the hyper-masculinity associated with his mixed culture. In 2019, his EP, Bad Sports, dropped, and served as a discussion of intimacy, mental health, and social norms on songs like “Napster” and “Pity Party.” The follow-up album, 2020’s Pixel Bath, drove listeners to dizzying heights on songs like “Bruiseboy,” “Power Freaks,” “Clear Bones,” and “Starface,” all of which crafted a sonic dreamscape that melded aggression and emotion with catchy hooks and digital flourishes. Dawson’s intent for the album was to create a “soundtrack for a Black coming-of-age film that never ends,” and the project features an impressive list of collaborators like Zach Fogarty, A$AP Rocky, Psymun, and more. He has already received acclaim from publications like The Needle Drop, NPR, i-D, The Fader, Paper, Pigeons & Planes, NME, MTV News, Essence, Nylon, and more, and has cultivated a following of more than 371K monthly listeners on Spotify and 63K followers on his official Instagram account. Pixel Bath is out now.