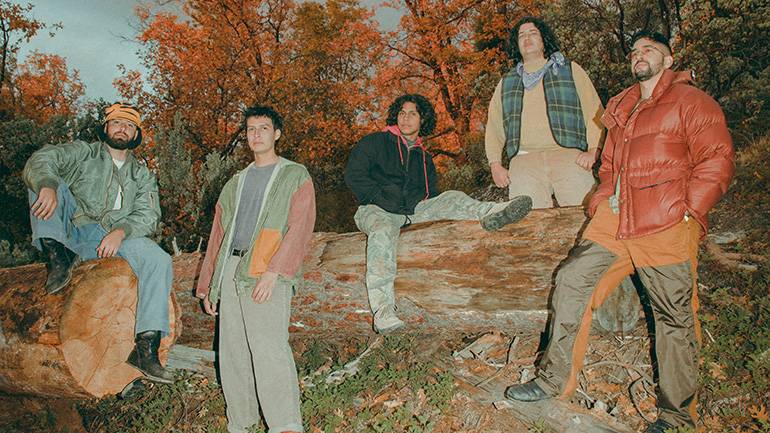 Los Angeles indie band, Inner Wave play a bright, experimental mix of pysch-pop and synthwave that earned them a significant streaming presence and die-hard following in the mid-2010s, thanks in part to songs like “American Spirits” and “Eclipse.” A group of childhood friends from Inglewood who began playing together in their teens, the band consists of Pablo Sotelo (vocals/guitar), Jean Pierre Narvaez (bass/vocals), Jose Cruz (keys/synths), Elijah Trujillo (guitar/keys), and Luis Portillo (drums). An early diet of bands like the Arctic Monkeys, the Strokes, and Gorillaz fueled their imagination as they learned their instruments and began writing songs together during high school. By the time they began releasing music in 2012, Inner Wave had transformed themselves into a pysch-driven indie pop band with a lo-fi bent and a strong D.I.Y. presence. Some of their most popular songs include “1 4 2” and the 2019 single, “Rose,” and they released several singles and a live album (Live at the Fonda) just last year.