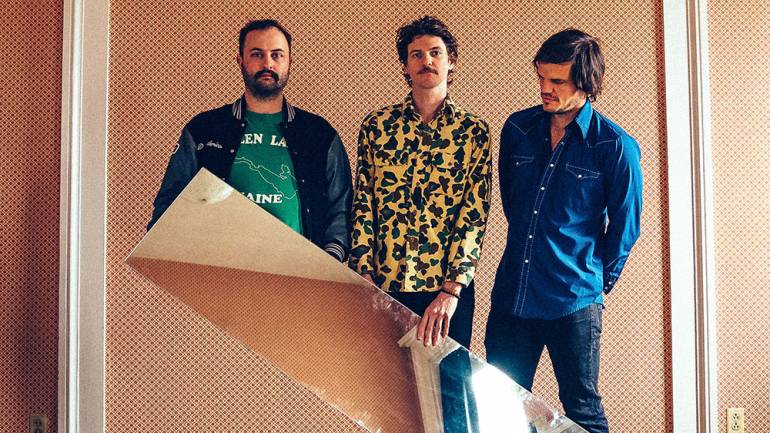 The guys of Houndmouth—Matt Myers, Zak Appleby, and Shane Cody—started playing music together in a historic home in New Albany, Indiana dubbed “The Green House.” Inspired by relics found inside, the newly formed band created their first album, with songs like “Penitentiary” seemingly bouncing off the walls. Their undeniable synergy led Houndmouth to sign with Rough Trade Records, and they went on to release their albums, From the Hills Below the City and Little Neon Limelight, the latter of which contained the #1 adult alternative radio hit, “Sedona.” The band’s third album, Golden Age, was released in 2018 and featured innovative and experimental songs that pushed the boundaries of their sound. They continue to perform while working on their next album, set for release later this year.