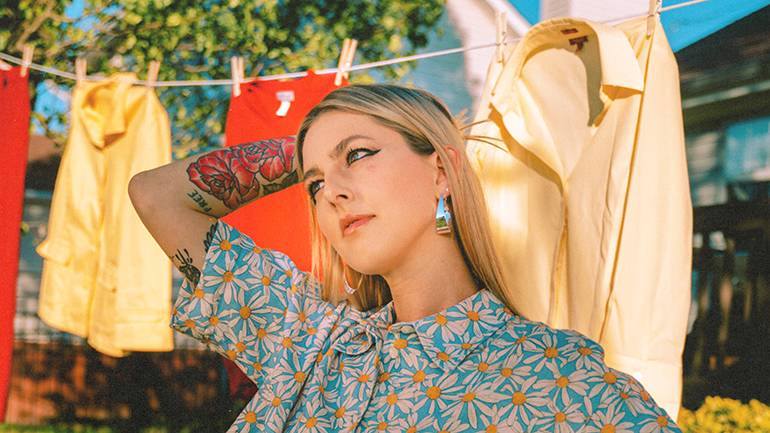 Haiva Ru is a Nashville-meets-Santa Barbara indie rocker who released her first single, “Swim,” last summer, and since then, her career has taken off. Her celestial vocals and infectious melodies are at the center of her dynamic production, and her work has been praised by American Songwriter and featured in the hit HBO Max show, Genera+ion. Follow-up favorites like “Oh, But Lover,” “All the Time,” and “Work It on Out” led up to her debut album, Bloom Baby Bloom, which was released in April and covers a range of topics including love, heartbreak, death, and depression. In discussing the message of the LP, she said, “To heal we must grow. Pain becomes too heavy to carry, and so we become numb… But a voice from beyond keeps singing, begging us to push through the weeds and blossom into all that we were created to be in spite of what’s trying to keep us subdued in the pain. We must stay open to the light and let the fire reveal its true purpose.” Rage Robot called Ru “ridiculously gifted and strong” in their review of the LP, and they later sounded the alarm for the 10-track project as an early Album of the Year candidate. Bloom Baby Bloom is available to stream now and be sure to catch Haiva Ru on her U.S. tour through November.