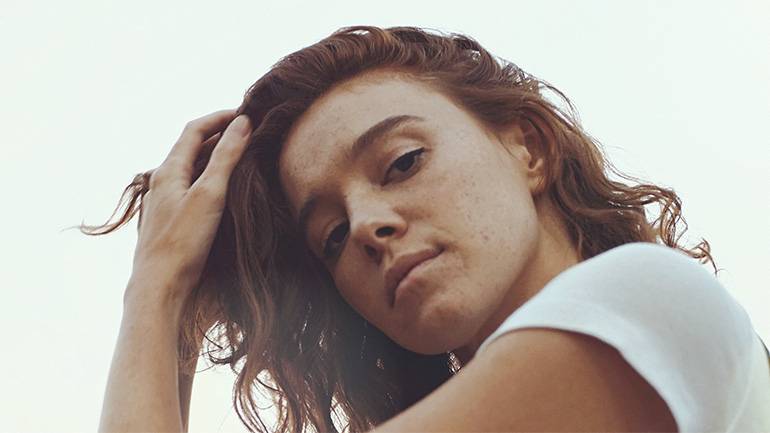 Since her teenage years, girlhouse’s Lauren Luiz has always felt the need to experience new things. Luiz grew up in Portland, first making her mark as an actress in her early twenties (you may recognize her from NBC’s Grimm) before moving to Los Angeles to pursue her career in 2013. Her big break was a spot in the cast of a sign language production of Spring Awakening, which took her to Broadway, the White House, and an appearance on Late Night with Seth Meyers. Next, she spent time in a folk-pop group called WILD, which released a handful of singles and landed sync deals with Mazda, Switch, and Pixar; while the band was still going strong, she began writing music for herself, something different, that led to the creation of her solo venture, girlhouse. girlhouse’s six-song debut EP charts the experience of a young woman wearily writing a breakup letter to L.A., the city she once longed to live in, and songs like “loaded gun” and “pretty girl in la” have received support and praise from Spotify, Tidal, BBC Radio 1, 6Music, DUMMY, Under the Radar, WONDERLAND, The Independent, NOTION, EARMILK, La Blogotheque, 1883, and Atwood. girlhouse, self-described as a “normcore barbi,” now feels like the most confident and fulfilling direction Luiz has taken so far. Now residing in Nashville, her personal life continues to influence her music, creating for all of us a bright, sweeping—and new—world to enjoy.