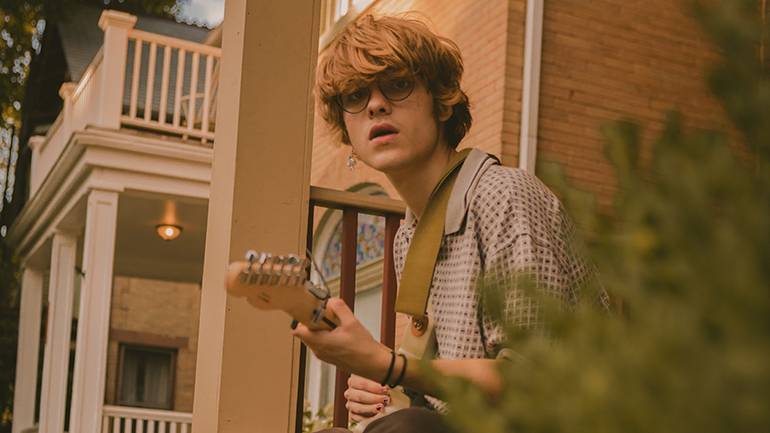 It’s not hard to tell that brakence, the alt/emo pop project of 18-year-old Randy Findell, is fascinated by words. The multitalented Columbus, OH native has released uniquely titled projects with names like hypnagogia (“a state halfway between being asleep and being awake”) and bhavana (“spiritual cultivation”), and even his own moniker is an intuitive sonic concoction that fits the abstract musical canvases with which he experimented on early releases. On the newly released punk2, brakence opens with a mouthful of a song title: “tonight’s no good how about wednesday oh you’re in dallas on wednesday oh ok well then let’s just not see each other for 8 months and it doesn’t matter at all,” and the rest of the LP is what you could consider “self-care punk.” His uninhibited approach to titling his work is reflected in the melancholic lyrics and emotive melodies that have roped in an audience of listeners, and he draws inspiration from Kelly Clarkson, Adele, OneRepublic, Coldplay, and Skrillex. brakence’s collaboration with blackbear called “dropout” remains a hit on streaming, as do standout songs such as “dropout and “rosier/punk2.” In thinking of his musical future, brakence says, “I want to create the best album from [a] competitive mindset, and then I want it to break. I want my next set of songs to totally bring that to an extreme to where it dies, and then I can just listen to music again.”