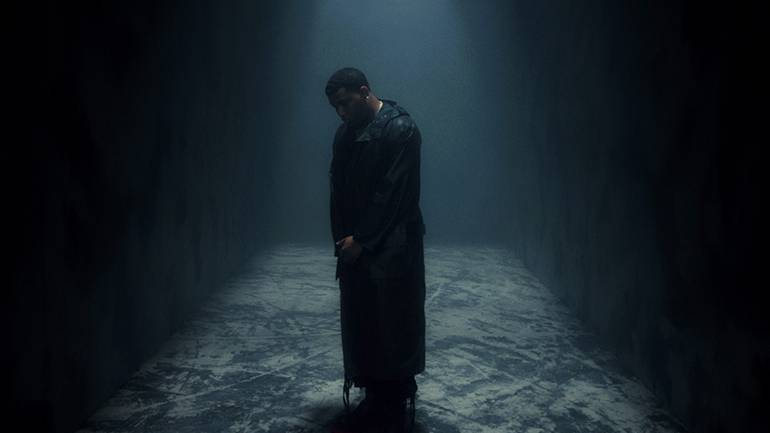 BEAM is a Jamaica-born, Florida-raised, GRAMMY Award-winning rapper, singer, and producer who uses his music to dive down rabbit holes of memories, muse on relationships, and confront mental health struggles, all while pondering what it means to grow up in today’s world. His hip-hop, dancehall, and R&B inspirations come together on his icy, otherworldly debut album, ALIEN, out soon on BE I AM / Epic. Following the release of his debut EP, 95, in 2019, BEAM earned praise from outlets like the FADER, British Vogue, and New York Magazine and was named one of NPR Heat Check’s favorite discoveries of 2019 (he also performed a Tiny Desk concert). He has writing and production credits on music from industry power players like Rihanna (Savage x Fenty Vol. 2 theme), Ye (DONDA), 21 Savage (I AM > I WAS), Migos (Culture III), and Justin Bieber; his song with Bieber, “Love You Different,” landed on Bieber’s smash #1 album, Justice, earlier this year. BEAM’s collaboration with Pop Smoke, The Neptunes, Pusha T, and TRAVI (from Pop Smoke’s posthumous 2021 album, Faith), has received over 10 million streams on Spotify alone, and his October single, “Numby,” is one of his most popular songs on streaming. The lead single from ALIEN, “ANXIETY,” is due out soon and is but one piece of a complex, multifaceted collection of work. “You get to digest a piece of my brain and get to know me on an artistic level with this album,” BEAM says of ALIEN. “Everything I manifested for this project came true.”