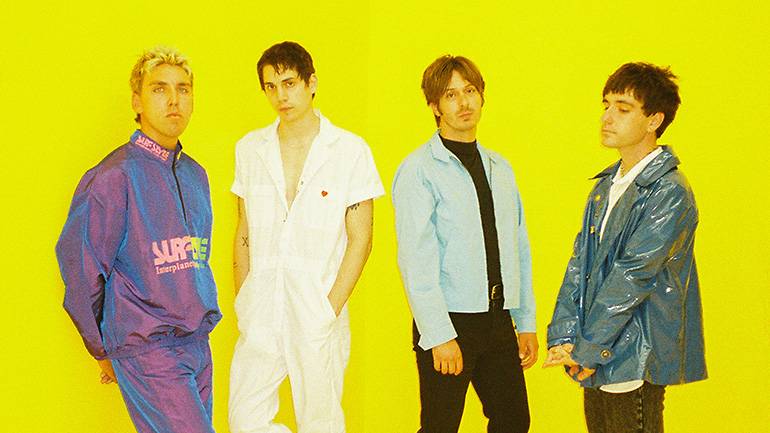 For Bad Suns, chasing magic is just what they do. The band, comprised of Bowman, Bennett, Libby, and Morris, spent their teenage years working their way through L.A.’s music scene before dropping off their “Cardiac Arrest” demo in the mailbox of alt-rock radio station, KROQ. The song became their breakthrough single and appeared on their 2014 debut album on Vagrant Records, Language & Perspective, which hit #24 on the Billboard 200 and landed them opening slots on tours by Halsey, The Neighbourhood, and The 1975. They released the Disappear Here album in 2016 before signing with their current label, Epitaph Records, for the Mystic Truth album in 2019. Over the years, Bad Suns have invited bursts of inspiration by endlessly opening themselves up to new ideas, often immersing themselves in art, literature, and emotion, and they spent last year working on and releasing new songs like “I’m Not Having Any Fun,” “Unstable,” and “Baby Blue Shades.” The quartet has appeared on Jimmy Kimmel Live and Conan, played festivals like Coachella, Bonnaroo, ACL, Hangout, and Riot Fest, and headlined their own shows throughout North America. With a cumulative stream total of over 500 million on Spotify alone and a music video (“Cardiac Arrest”) that is approaching eight million views on YouTube, Bad Suns exemplify the magic that will happen for those who continue to chase it. Check out Bad Suns’ new single, “Heaven Is A Place in My Head” (out now) and be sure to tune in for the debut of their new music video on June 15.