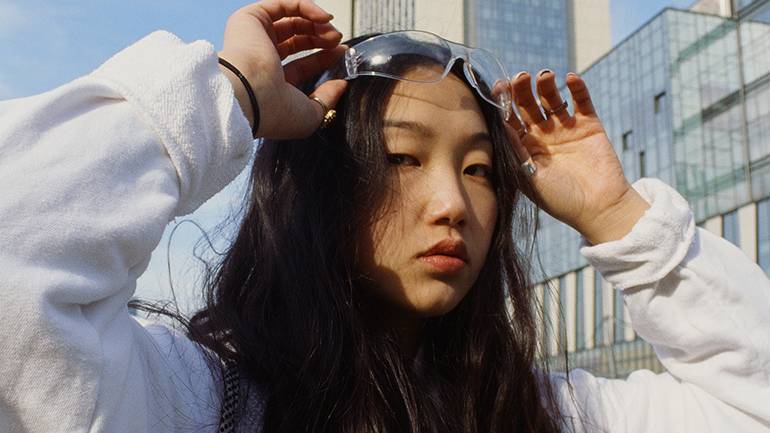 R&B powerhouse Audrey Nuna is changing the game. Setting a precedent as one of the first female Korean American R&B acts to go mainstream, the 20-year-old musician clings to her prized possession: her imagination. “We are living in a generation in music where creativity is popular,” she says. Nuna is a first-generation Korean American who grew up in New Jersey, learning to sing before she could talk and performing “America the Beautiful” at the U.S. Open at age 10. An alum of the Clive Davis Institute at NYU, she works closely with manager/producer, Anwar Sawyer, and is signed to Arista Records. Nuna showcases soulful vocals, razor-sharp lyrics, and quirky, genre-bending sounds on songs like “Comic Sans” featuring Jack Harlow, “Time” and “Paper,” and she has received a slew of praise from publications like The FADER, Refinery29 and PAPER, to name a few. Her latest single, “Long Night,” dropped in March, and her debut EP is expected this spring.