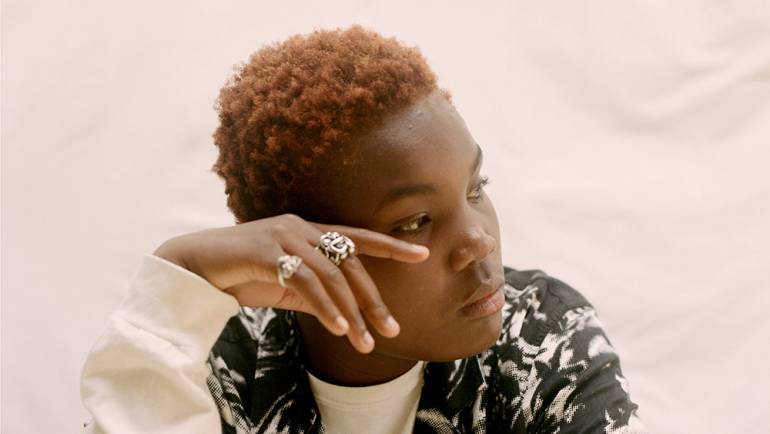 A singer, poet, and self-confessed tomboy, Arlo Parks grew up in South London while nurturing a deep fascination with fantasy worlds, journaling, and spoken-word poetry. Constantly feeling “uncool” and overly sensitive, she shaved her head, figured out her sexuality, and created an entire album based on her experiences at the young age of 17. With roots in Nigeria, Chad, and France, Parks learned to speak French before English and cites poets Nayyriah Waheed, Hanif Abdurraquib, and Iain S. Thomas as her inspirations. She played at Glastonbury 2019 and has supported Loyle Carner and Jordan Rakei on tour. Her tender, confessional songs led her to deals with Transgressive Records and Young Turks Publishing, and her sophomore EP, Sophie, dropped at the end of November 2019. With more than 1.4 million monthly listers on Spotify, Parks’ star is on the rise. Her first headlining tour in the E.U./U.K. took place in February and March, and she has solo shows and festival dates booked through September.