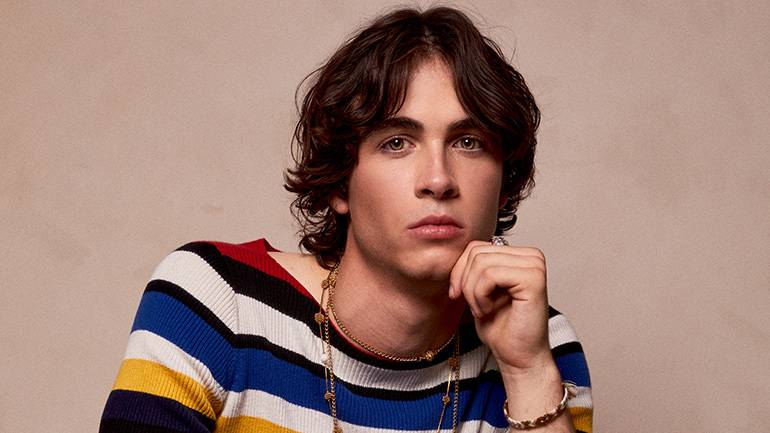 At just 19 years old, Aidan Bissett has perfected the art of twisting heartbreak into exhilarating pop songs. Since breaking through with a series of self-produced singles in 2020 and signing to Capitol Records before he’d even finished high school, the Los Angeles-based artist has earned an adoring global fanbase irresistibly drawn to his guitar-driven alt-pop and confessional yet carefree songwriting. After devoting the past year to refining his vision and deepening his sound, Bissett dropped his long-awaited debut EP, I’m Alright If You’re OK, a five-track project that documents the stages of a troubled relationship with both raw immediacy and illuminating perspective. Made with producers like Captain Cuts (Walk the Moon, Lennon Stella), Andrew Wells (X Ambassadors, Halsey), and COIN frontman Chase Lawrence, I’m Alright If You’re OK expands on the rule-breaking ingenuity the Florida native first revealed in his early work as an entirely DIY bedroom pop artist. Having already toured with Lauv and Claire Rosinkranz, Bissett joined The Greeting Committee on their fall North American tour, which kicked off on November 6 in Colorado.