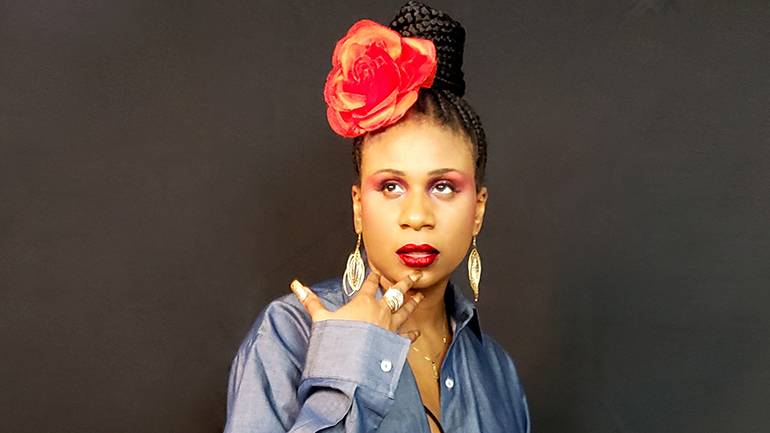 As part of BMI’s recognition of National Disability Employment Awareness Month, the company hosted a panel discussion on the topic of inclusion with award-winning creative artist, actress and record producer, Lachi. Named “a dedicated foot soldier for disability pride” by Forbes, the talented songstress, who has been legally blind since birth, has garnered millions of streams across platforms, collaborating with such luminaries as Snoop Dogg, Apl.De.Ap, Styles P, Markus Schulz and Maduk, and is well known for her dynamic toplines and cheeky lyrics. Alongside her extensive music career as a go-to singer/songwriter in Dance and Pop-EDM, Lachi has gained an international platform on inclusion in the music and entertainment industry and has been profiled in Forbes, Essence, The New York Times, Huffington Post, Variety and American Songwriter, among others, for her work bringing disability inclusion in entertainment into mainstream discussion.

During the Zoom panel, which was moderated by BMI’s Chief Diversity, Equity & Inclusion Officer, Sandye Taylor, the BMI team heard Lachi’s extraordinary story and gained key insights on language and etiquette in addressing disabilities, which can be both visible and invisible. BMI’s panel also featured Jennifer Jones Austin, CEO and Executive Director of FPWA, an anti-poverty policy and advocacy nonprofit, and the author of the powerful memoir, Consider it Pure Joy.

In addition to the BMI presentation, Lachi, who has also spoken at the White House Office of Public Engagement, the Recording Academy and Women in Music, will be moderating a panel for the GRAMMYs on October 28, at 6pm ET on their Facebook Live. Try to catch it!