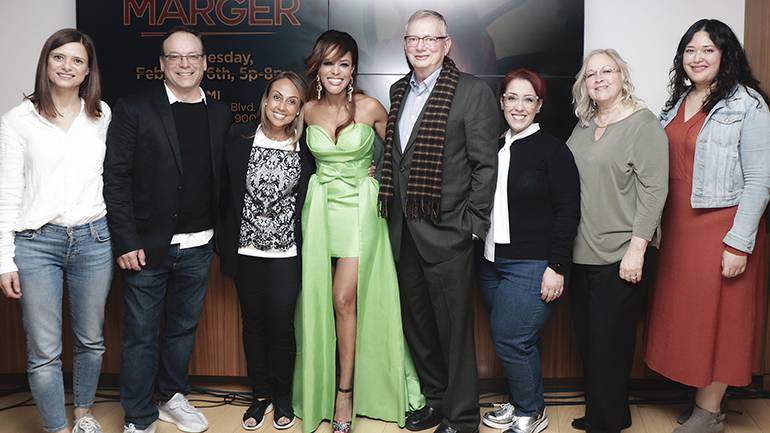 BMI recently hosted a private showcase in its Los Angeles office in collaboration with Peer Music and Sony Music for Latin singer/songwriter Marger to celebrate the release of her highly anticipated album Inmortal. The Venezuelan singer performed new songs from the record, including her latest single “Al Fin,” a Spanish version of the classic “At Last,” from the late Etta James.