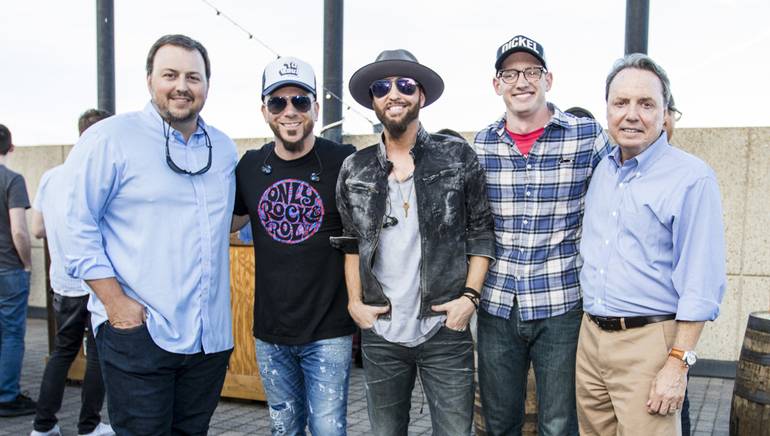 BMI, in partnership with George Dicket Tennessee Whisky and Cumulus’ Nash FM radio, hosted the first of BMI’s Summer Rooftop Concert Series May 23 featuring performances by BMI songwriters Maggie Rose and LOCASH. LOCASH was also awarded a Million-Air award, marking one million radio spins of “You’re Gonna Fly,” a song they wrote recorded by Keith Urban. With more shows and artists to be announced, the series of the summer will be on BMI’s rooftop!