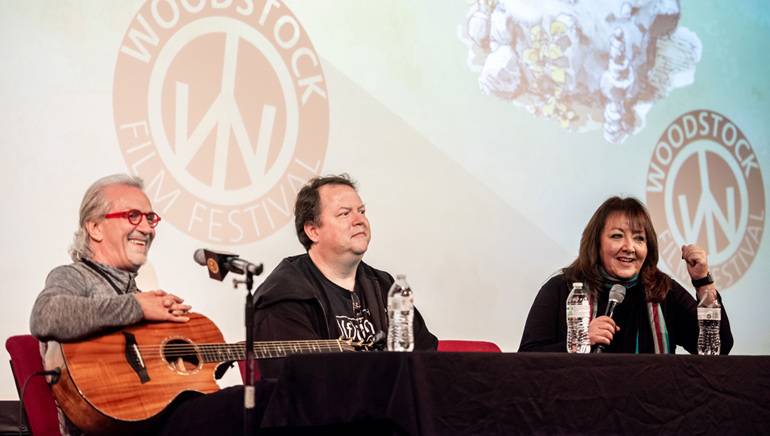 W.G. “Snuffy” Walden’s musical transformation from hard-core rock ‘n roller to award-winning composer was brought to life on the screen at the Woodstock Film Festival this year by filmmaker Mark Maxey in his new documentary Up To Snuff. During his storied career, Walden served as a band member of Stray Dog, playing clubs and opening for acts like Buddy Miles before venturing out on his own to perform in the mid 70’s. His renowned guitar work also supported artists like Stevie Wonder, Donna Summer, Chaka Khan, and others, before he hesitantly took up an offer to try his hand at TV by composing the theme to Thirtysomething, earning his first Emmy nomination as a result.

Since then, Walden has been nominated for an additional 12 Emmys, won for the Main Title Theme to The West Wing, and accumulated an incredible 50 BMI Film/TV Awards, as well as the Company’s Richard Kirk Award for Outstanding Career Achievement. His music has been heard on nearly 100 TV programs including The Wonder Years, Friday Night Lights, Nashville, The Drew Carey Show, and Ellen, among many others, as well as in seven feature films and documentaries.

In tandem with the documentary, BMI also honored “Snuffy” by hosting the panel “Music In Film | Case Study: Up To Snuff,” in which both Walden and Maxey participated, providing another unique look into the turbulent life of the versatile composer and musician. Acting as moderator was BMI’s Doreen Ringer-Ross, who asked Walden how he would go about scoring the moment they were in during the panel. He answered as only he could by improvising on guitar to underscore the moment, explaining his thinking and process as he went along.

Ringer-Ross also hosted BMI’s annual dinner, held this year at Oriole 9 in Woodstock, NY, in celebration of the “Fiercely Independent Woodstock Film Festival.” Enjoy the pics from both these events below!