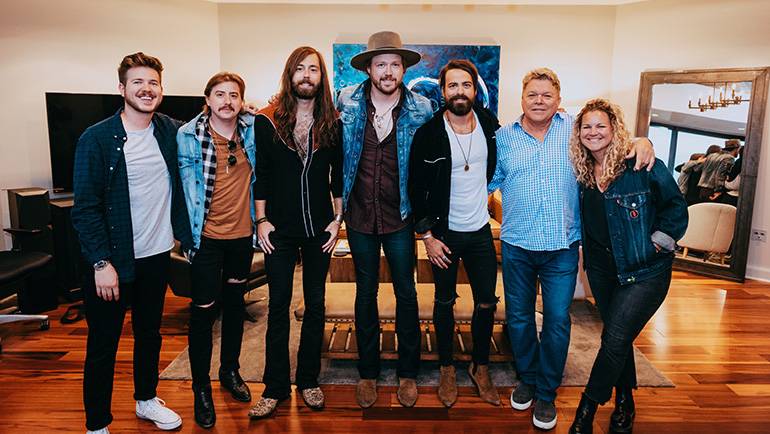 On Wednesday night, May 15, BMI served up its second installment of the popular Rooftop on the Row series with Colin Elmore and A Thousand Horses. Both bands provided a rousing soundtrack to an evening with Nashville’s ever-changing skyline as the backdrop. Sony Nashville recording artist Colin Elmore kicked off the event by serenading the crowd with his unique blend of American roots music and gospel. Fans can catch Elmore again as he plays the BMI Tailgate at the Maui Jim stage during CMA Fest. A Thousand Horses took the stage bringing their brand of southern rock-tinged country. The band showcased their latest single “My Time’s Comin’’, which is the first taste of music off of their upcoming sophomore album produced by Dave Cobb. As always, the event was made possible by support of sponsors George Dickel Tennessee Whisky, NASH FM 103.3 and 95.5 NASH ICON.