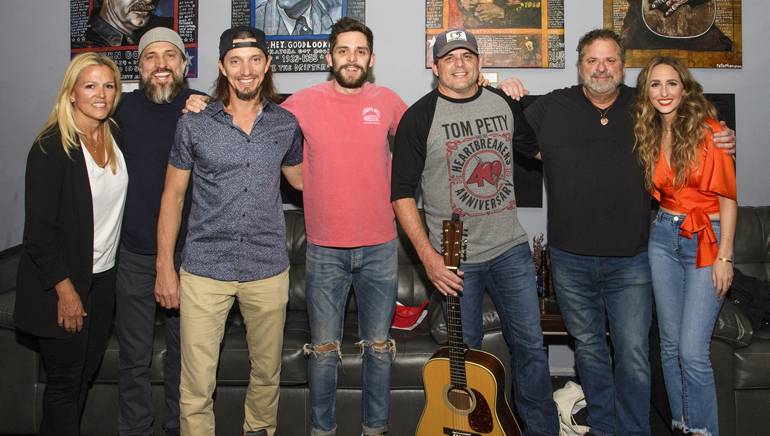 On Tuesday night, BMI packed out iconic Nashville venue 3rd + Lindsley for their annual Tin Pan South show. Curated by two-time BMI Songwriter of the Year Rhett Akins and 2017 BMI Icon Bob DiPiero, the show kicked off with a surprise performance from Akins and son Thomas Rhett. With the audience fully prepped for a night of fun, Akins, DiPiero, and the Warren Brothers then took the stage for a round and storytelling. Other performances from the evening included surprise guests LOCASH, Dustin Lynch, and Jon Pardi. Also making appearances were hitmaker and 2016 BMI Songwriter of the Year Rodney Clawson, as well as newcomer Parker Welling, who just celebrated her first #1 single. BMI’s Leslie Roberts hosted the evening, stating from the stage that the performers that evening had a combined total of 45 #1 singles.