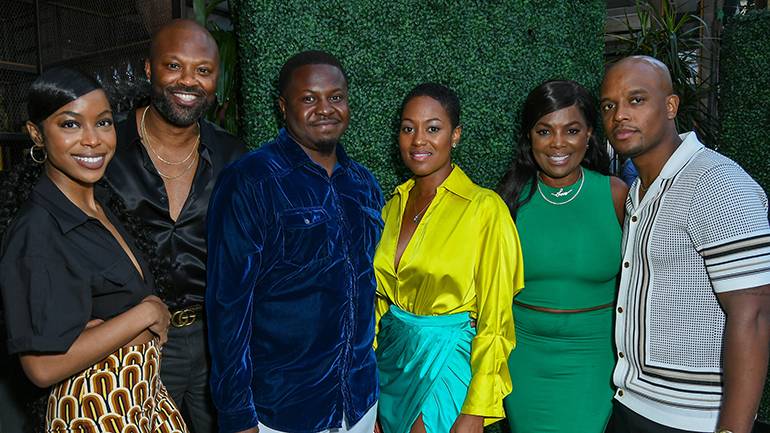 BMI paid tribute to Oscar and GRAMMY award-winning songwriter and producer Dernst “D’Mile” Emile II at Catch LA in West Hollywood, this past weekend, in honor of D’Mile’s groundbreaking artistry, creative vision and brilliant contributions to the future of music.

Already a seasoned music creator, D’Mile started his production career working alongside artists like Rihanna and Full Force, which swiftly led him to work with names like Mary J. Blige and Rodney Jerkins. He then went onto work with luminaries like Janet Jackson, Justin Bieber, Diddy, Justin Timberlake, Jennifer Lopez, Ty Dolla $ign, Ciara, Usher and many more. His production work with H.E.R. and Lucky Daye was nominated for seven GRAMMY Awards in 2022. He became the first songwriter in GRAMMY history to win Song of the Year two years in a row, specifically for co-writing “I Can’t Breathe” with H.E.R. in 2021 and “Leave the Door Open” with Silk Sonic in 2022. D’Mile won an Academy Award for Best Original Song for co-writing “Fight For You” by H.E.R. for the film Judas and the Black Messiah.

BMI was exceptionally proud to toast D’Mile’s remarkable accomplishments at this festive event.