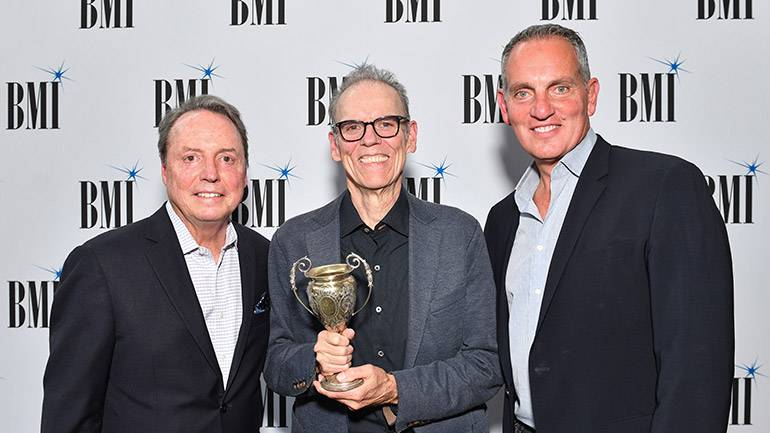 “To me, there is something ancient about his music, like it was always there. The songs are sometimes graphic but always easy to digest,” says Jody Williams, VP, Creative Nashville. “So many of the artists who have covered his songs are great writers themselves. That’s the ultimate compliment.”

In the musical tribute to Hiatt, who is only the third artist to receive the BMI Troubadour Award, The World Famous Headliners performed “Thing Called Love,” which was a hit for Bonnie Raitt in 1989; Lyle Lovett gave a rendition of “Train to Birmingham”; Delbert McClinton performed the perennial favorite “Have A Little Faith In Me”; Elvis Costello moved the crowd with his version of “Take Off Your Uniform”; and the War and Treaty performed “Feels Like Rain” before closing out the night’s performances with “Riding With the King,” featuring blues guitar virtuoso Marcus King.

As the evening continued, Lilly Hiatt, an accomplished BMI songwriter and performer in her own right, spoke about her father. “I think the reason he is such a beautiful songwriter is because he has flung himself so completely into life,” said Lilly. “He opened his eyes in a way that most people don’t, and with that came poetry.”