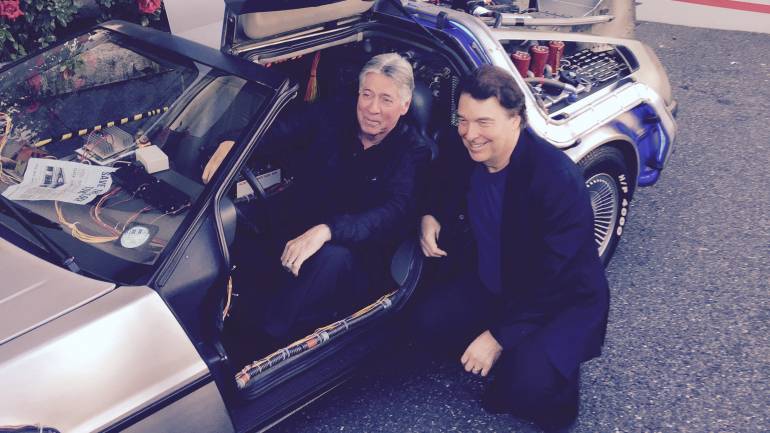 Pictured: Alan Silvestri and David Newman in a "Back to the Future" DeLorean.

BMI composer Alan Silvestri’s score to the iconic film Back to the Future will hit the big screen once again – this time with an accompanying special performance by the American Youth Symphony, led by multi award-winning BMI composer/conductor David Newman. This exuberant LIVE-to-picture event, of which BMI is a proud sponsor, will take place at 7:30 PM, November 12, at UCLA’s Royce Hall and is only $15 for the general public and FREE for AYS members. Preceding the concert will be a Q&A about the making of the film and its music with Silvestri and Back to the Future screenwriter/producer Bob Gale. Moderated by acclaimed film music journalist and historian, Jon Burlingame, this insightful discussion will take place at 7PM.

For those who wish to join BMI’s support of the worthy AYS, a 5 PM fundraising dinner, where you can mingle with composer Alan Silvestri, maestro David Newman and other industry luminaries, is an ideal way to set the mood for a thrilling evening of music and cinema. And if that’s not enough of a celebration, there are also tickets available for the 10:30 PM “Enchantment Under the Sea” after party, featuring a live DJ, stocked bar, and all-American fare, including LA’s famous Pink’s Hotdogs.

The American Youth Symphony’s mission is to inspire the future of classical music, by offering fellowships to musicians ages 15-27 to prepare them for leadership in 21st-century orchestras and ensembles. Musicians receive in-depth exposure to the varied styles of symphonic music being performed today by professional orchestras, from classical masterworks to world premieres and innovative film scores. Competitively selected, fellows receive a tuition-free scholarship, per-concert stipends, perform at renowned venues such as Royce Hall and Walt Disney Concert Hall, and work alongside world-class guest artists including such illustrious BMI composers as John Williams, David Newman, Alan Silvestri, and many more.

Don’t miss this night of BMI-sponsored entertainment. It’s going to be timeless enjoyment for all! Find more information here. 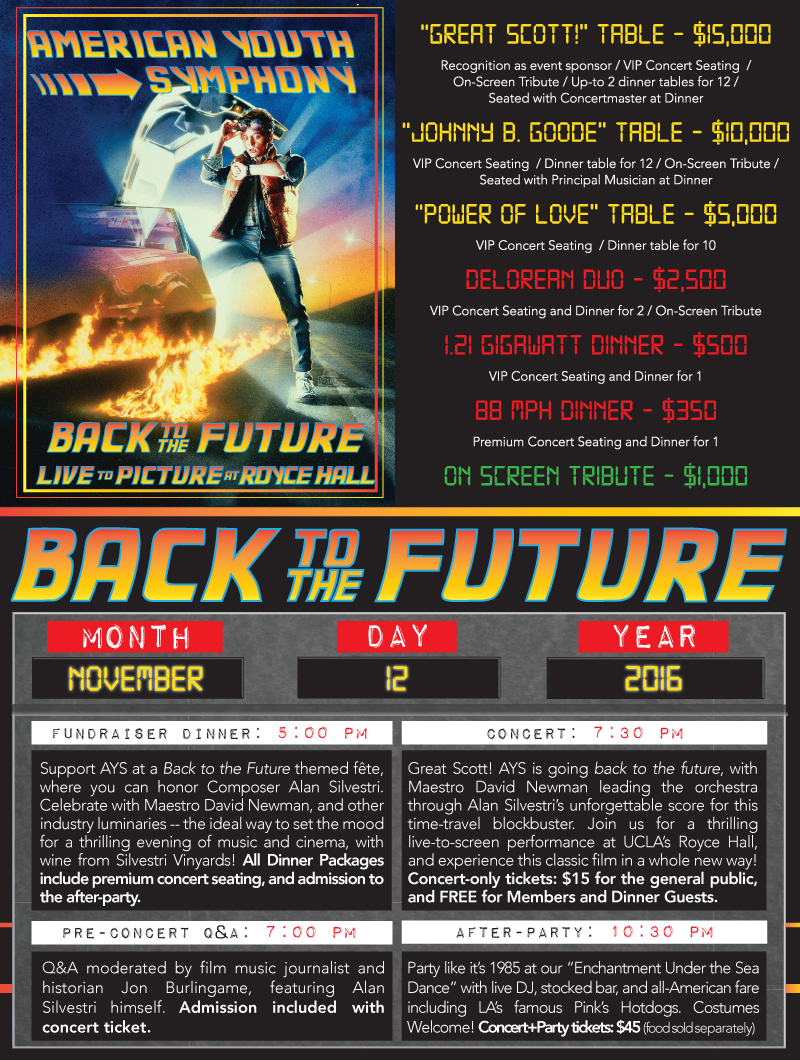