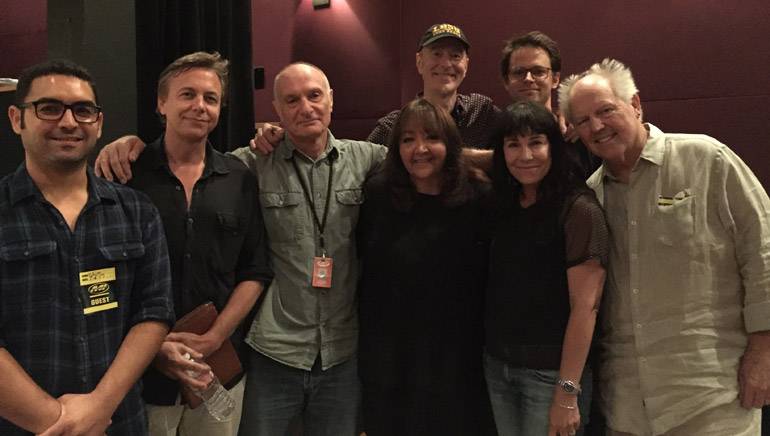 BMI’s Vice President of Film, TV & Visual Media Relations Doreen Ringer-Ross was pleased to lend her expertise by speaking at the Musicians Institute Film Music Intensive on July 6, in LA. The Intensive is a ten-day fellowship program that pairs six of the Institute’s film composition majors with six directors selected from area film schools. The program then guides the participants through the process of forming the composer/director relationship and learning to find a common language to facilitate this very important collaboration during the scoring of a short film. The fellowship concluded with a live recording session featuring some of LA’s top session players. BMI film composer Craig Richey serves as co-artistic director of the Institute and its Intensive, along with music editor and Musicians Institute faculty member Tom Villano. Also on hand to offer their invaluable experience were BMI composers Haim Mazar and George S. Clinton.