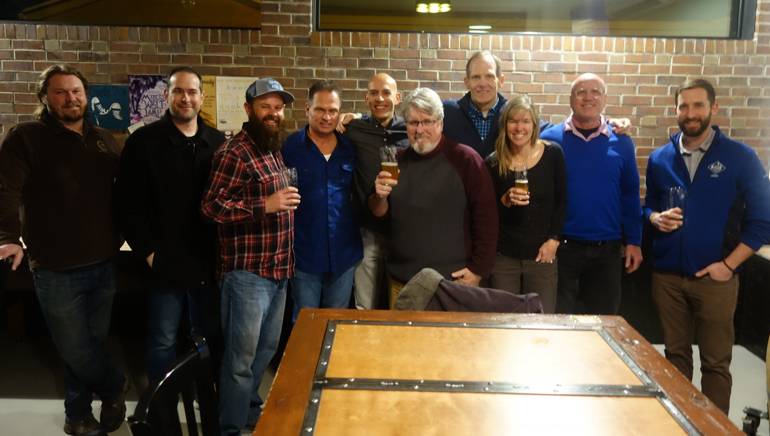 BMI partnered with the Colorado Brewers Guild recently (2/20) to present a workshop on music licensing at the Call to Arms Brewery in Denver. The group of taproom and brewpub owners from across the state gathered to learn more about the Copyright Law and how to legally perform music in their establishments. In addition, GRAMMY-nominated BMI country songwriter Tim James was on hand to talk about life as a Nashville songwriter and the important role the licensing fees BMI receives from breweries play in his career and his ability to make a living writing songs. James wrapped up the evening by performing the #1 hits he wrote for Toby Keith, Lee Brice and George Strait.