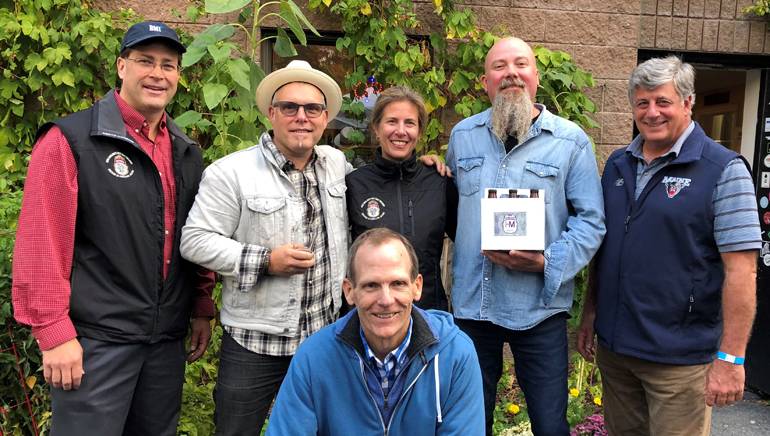 BMI brought Nashville to Maine recently (10/4) to pay tribute to New England’s first craft brewery while celebrating the merger of the state’s restaurant and lodging associations. BMI country songwriters Danny Myrick and Kendell Marvel made the trip up north to Portland to help shine the spotlight on Geary’s Brewing as well as HospitalityMaine, the new organization that emerged from the consolidation of the Maine Restaurant Association and the Maine Innkeepers Association. The two Nashville writers told the stories behind their songs and played their hits for restaurant and hotel executives from across the state who were gathered at the iconic brewery for the celebration. Myrick and Marvel have written hit songs for country superstars like Jason Aldean, Tim McGraw, Jake Owen, Gary Allan and Lo Cash.