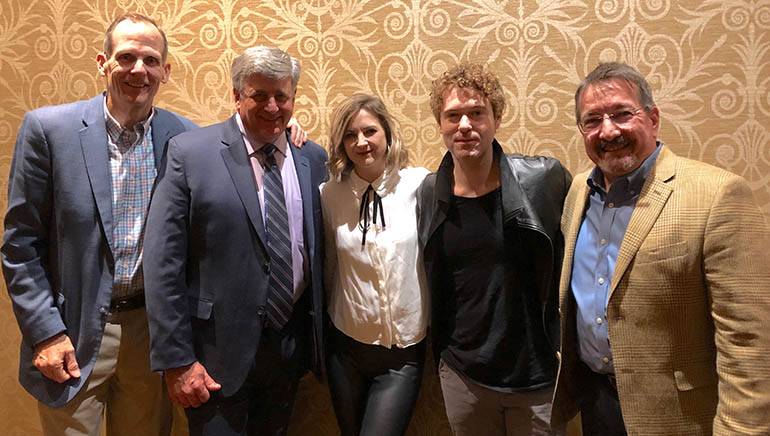 One of Nashville’s hottest duos entertained restaurant and hotel executives from across the state of Maine who were in Bangor recently (10/29) for the Maine Hospitality Summit, a two day conference where attendees learned about the latest trends affecting the hospitality industry. The first day was capped off by a BMI-sponsored performance from Striking Matches, a duo consisting of Sarah Zimmerman and Justin Davis, whose songs have appeared in television shows like Nashville and Grey’s Anatomy. The pair have toured extensively internationally and make regular appearances at the Grand Ole Opry. The Summit was hosted by HospitalityMaine, the newly formed organization that resulted from the merger of the Maine Restaurant and Innkeepers Associations.