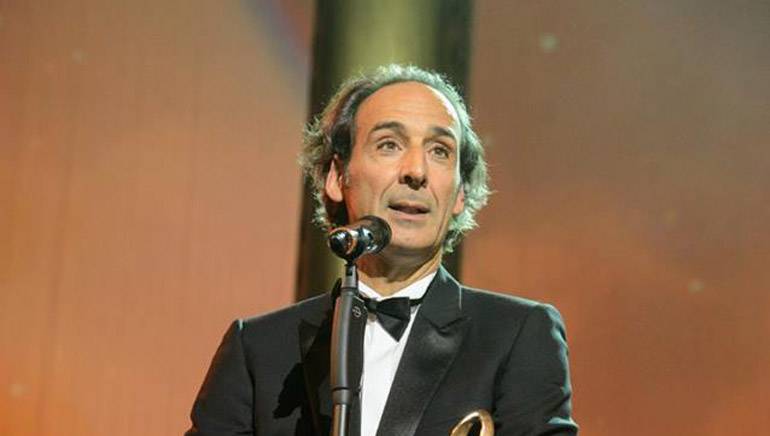 BMI was proud to support Academy Award, Golden Globe, BAFTA and César winning composer Alexandre Desplat, when he was honored October 14 by the City of Vienna with the Max Steiner Film Music Achievement Award during the 2016 Hollywood in Vienna gala concert. During the tribute, Desplat’s long time collaborator, director Wes Anderson, congratulated the composer via video on his special award, highlighting the importance of receiving such honors from the cultural city that inspired him for the making of The Grand Budapest Hotel, for which Desplat wrote the Oscar-winning score.

The musical tribute to Desplat, conducted by Keith Lockart, took the audience on a magical journey through “The Wondrous World of Alexandre Desplat” with the ORF Radio-Symphonie orchester performing some of Desplat’s most iconic pieces, including The Grand Budapest Hotel, The Imitation Game, Argo, Harry Potter and the Deathly Hollows and The Kings Speech, among others. In addition to the orchestra, the performances also included ballet and special guest appearances. Desplat himself conducted the world concert premiere of his “Meet the Pets” from The Secret Life of Pets.