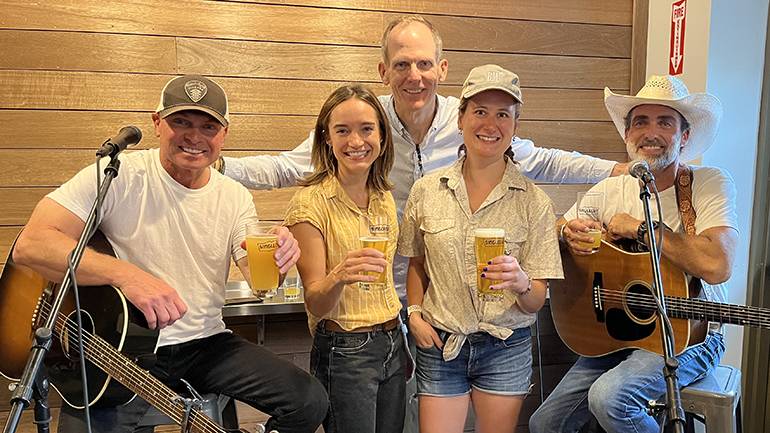 In partnership with Gigmor and the New York State Brewers Association (NYSBA), BMI presented “A Taste of Nashville,” a five-day songwriter tour that stopped at multiple breweries throughout the Empire State. The tour, which made stops at SingleCut North Brewery in Clifton Park, Prison Cut Brewing in Auburn, Common Roots Brewing in South Glens Falls, Saranac Brewery in Utica and Good Nature Farm Brewery in Hamilton, featured performances by BMI songwriters Tim James and Clint Daniels, who sang some of their biggest hits and told the stories behind how they were written and ultimately recorded by some of country music’s biggest artists. Collectively, the two award-winning writers have penned hits for artists like George Strait, Toby Keith, Eric Church, Lee Brice, Jon Pardi, Montgomery Gentry, Chris Stapleton, and Joe Nichols.

The tour provided BMI the opportunity to thank the breweries in NY for supporting songwriters through the licensing fees they pay and to celebrate the company’s partnerships with Gigmor and the NYSBA.