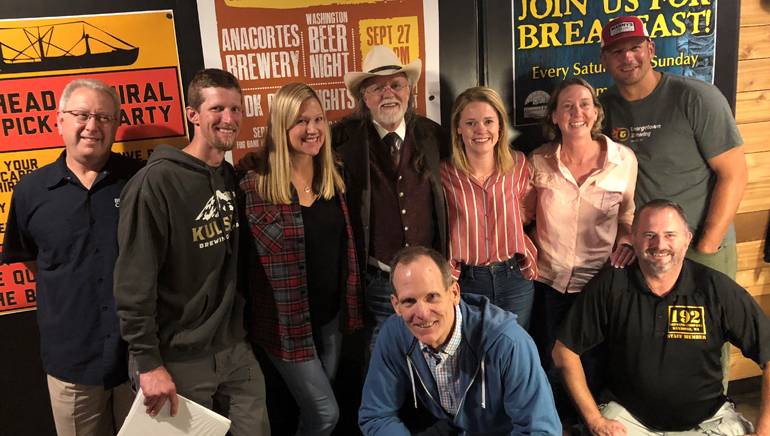 BMI made the trip out to Seattle recently (9/11) to speak at the quarterly meeting of the Washington Brewers Guild about music licensing. The discussion focused on how to legally perform music in breweries and the important role licensing plays in helping fuel the creative process within the songwriting community. Nashville Songwriters Hall of Fame member and legendary BMI songwriter Aaron Barker was on hand to share with Washington brewers his experiences as a Nashville songwriter, how the licensing fees paid by taprooms and brewpubs allow him to make a living writing songs and how the process of crafting an award-winning beer is not much different than mixing lyrics and melodies to craft a hit song. Barker, who has written multiple # 1 songs for George Strait, as well as huge hits for Lonestar and Clay Walker, was inducted into the Nashville Songwriters Hall of Fame in 2016. The Washington Brewers Guild works to support, unite and protect Washington craft brewers through legislative advocacy, education and brewer community building. 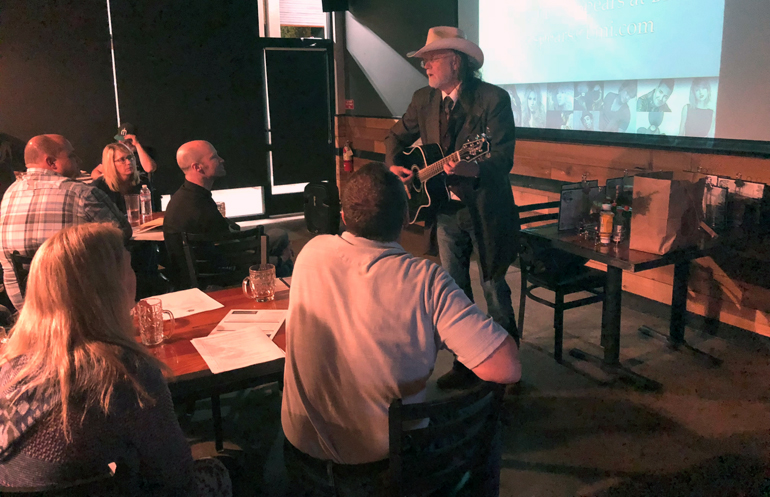