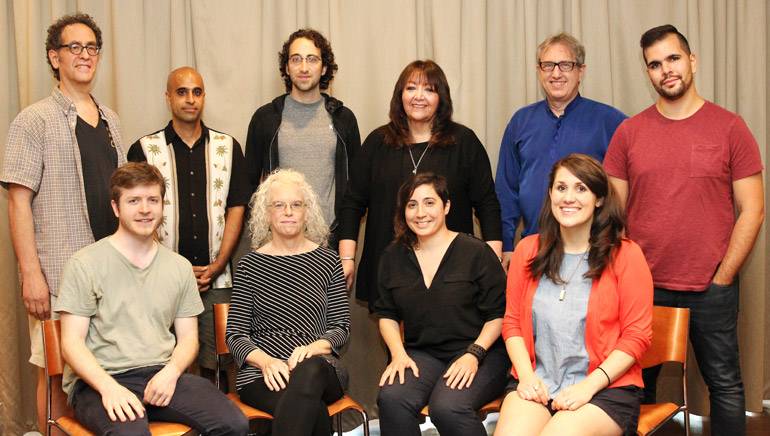 BMI’s Vice President of Film, TV & Visual Media Relations, Doreen Ringer-Ross, lent her expertise to one of six sessions during the annual “Composing for the Screen” film scoring mentorship program in New York City. Directed by renowned BMI composer Rick Baitz, the program provides the opportunity for nine emerging composers to participate in a high-level workshop, in which film music is examined from historical, psychological, dramatic and stylistic perspectives. The intensive six-week curriculum, which is followed by year-round continued consultation and development, began on September 8, and will culminate on October 19. For each student’s final project, he or she will compose a cue to a well-known film, which will then be recorded by top-notch musicians in a New York studio.