BMI is proud to continue its support of the Sundance Institute Film Music & Sound Design Lab for more than two decades. The Lab returns to the Skywalker Sound legendary facilities for the seventh year from July 9-22. This year’s international group of fellows include Ho-Ling Tang, Jorge Aragón Brito, Gene Back, Ghiya Rushidat, Aska Matsumiya, Ozie Cargile, Sara Broshofske and Emily Rice, who represent a variety of countries from Cuba, Hong Kong, Japan, Saudi Arabia, the U.K. and the U.S.

During the Lab, composers, directors and sound designers will collaborate to develop music and sound for fiction and nonfiction film projects. Workshops and creative exercises, guided by leading film composers and sound designers acting as Creative Advisors, will mentor Fellows to explore sound and music’s crucial role in storytelling. A live chamber orchestra will perform each composer/director team’s original scores as part of the program. The Music and Sound Design Lab will once again run under the supervision of Peter Golub, Director of the Sundance Film Music Program and guidance of Josh Lowden, VP and General Manager of Skywalker Sound as a joint initiative of the Institute’s Film Music Program, Feature Film Program and Documentary Film Program.

“For more than two decades we have been committed to supporting emerging composers from a wide range of musical, cultural and creative backgrounds through the Lab,” said Doreen Ringer-Ross, BMI Vice President Creative-Film, TV & Visual Media. “Over the years, the Lab has helped diversify the composition of the film composer community, and its alumni represent some of today’s most promising talents in the industry.”

As founding supporters of the Institute’s Film Music Program, BMI has played a critical role in the long-term development of the Lab, and through its involvement, has enhanced the careers of many film composers who have participated. Building on its support of the Film Music Program, BMI produces a composer/director roundtable each year at the Sundance Film Festival in Park City, Utah, highlighting its composers who have scored films in the prestigious festival. 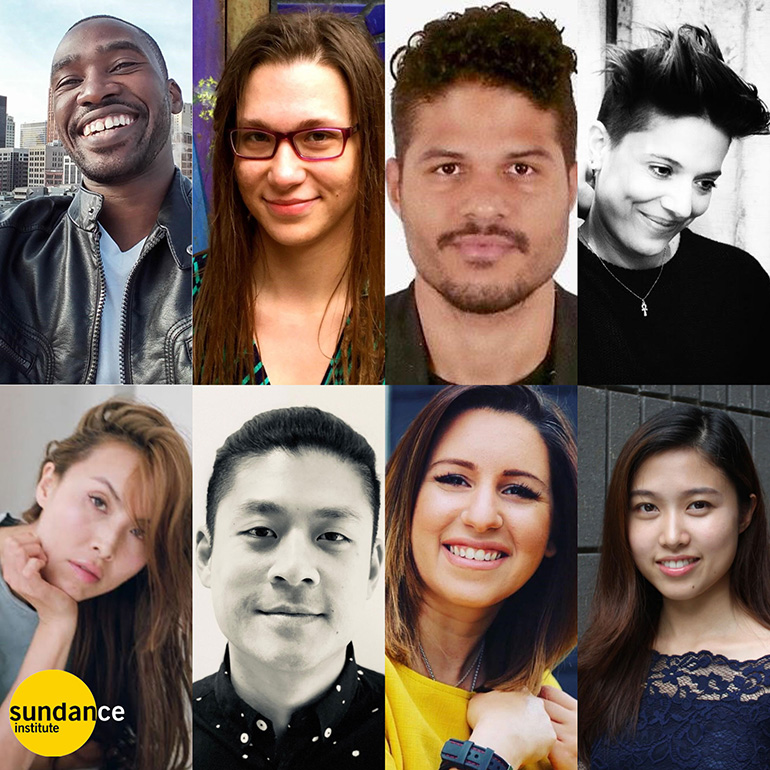 Jorge Aragón Brito is a Cuban composer and teacher with more than 15 years of experience composing, producing and arranging. Jorge’s work with Silvio Rodríguez as a classical pianist and programmer has led him to compose more than one hundred live concerts with various international artists. In 2018, Jorge received one of Cuba’s highest honors, winning the Cubadisco Grand Prize with the Libre de Pecado phonogram. Other honors include first place in the Amadeo Roldan Piano Contest (2006) and the Jojazz competition in composition (2008). Jorge currently works with the Lyceum Orchestra of Havana alongside Jose Antonio Méndez, and is working on a concert dedicated to the 500 years of founded Havana.

Gene Back is a Korean American composer and multi-instrumentalist based in Brooklyn, NY. His work includes award-winning films such as Dear Angelica and Cake, dozens of international advertising campaigns from Mercedes Benz to Google, and Burning Man: The Musical. A former live member of the electronic/folk band, The Books. Gene has worked with numerous acclaimed artists including Talib Kweli and Gotye. He is currently finishing a series for Netflix.

Sara Broshofske developed a strong love for music while growing up in Ogilvie, Minnesota. She received her bachelor’s degree at the University of Wisconsin- Superior, where she studied composition and clarinet performance. Afterwards, she received a master’s degree in Music Composition from the Screen at Columbia College-Chicago. Since 2015, she has been working as a composer, performer and collaborator in Los Angeles. Recent composing projects include Beloved Beast (2018), When I Leave (2017), and Ready to Mingle (2019).

Ozie Cargile is a Los Angeles-based composer and pianist. Originally from Detroit, Cargile’s works have been performed by orchestras such as the Detroit Symphony Orchestra and the Orchestra of St. Luke’s in New York. He has more than 15 years of experience as a professional piano and composition instructor for students of all ages. In 2011, his choral orchestral work, Song for Humanity, was premiered by the Boulder Symphony of Boulder, Colorado, in collaboration with the 120-voice Boulder Chorale as a precursor to Beethoven’s Ninth Symphony.

Aska Matsumiya is a musician and composer originally hailing from Japan. She has been creating music for more than 15 years, and in 2010, a song from her first EP was featured as the theme song for the Spike Jonze short film, I’m Here, winning the award for Best Original Music at the AICP Awards. Since then, she has scored seven films with award-winning filmmakers spanning many genres. Her most recent film, 37 seconds, directed by Hikari, won the audience award at Berlinale. Before that, Selah & The Spades, directed by Tayarisha Poe, and This Is Personal, directed by Amy Berg, premiered at Sundance. Last year she scored the critically acclaimed film Skate Kitchen, directed by Crystal Moselle and starring Jaden Smith.

Emily Rice is a British-born composer for film and TV, who started her musical life as a cellist in orchestras and rock bands. Recognized as an emerging talent, she was the first composer to be awarded a scholarship from BAFTA Los Angeles. She has served as assistant to several top Hollywood composers including Brian Tyler, James Newton Howard, Laura Karpman and Junkie XL. Rice’s music can be heard on recent Hollywood blockbusters Tomb Raider and Alita: Battle Angel, and she is in increasing demand as a composer for indie films. Her latest work includes the documentaries 100 Years from Home and Self-Taught: Life Stories from Self-Directed Learners. She is currently scoring The I-Land for Netflix.

Ghiya Rushidat was born in Saudi Arabia and raised in Jordan. As one of the few female composers of Arab heritage, Ghiya was mentored by a number of major A-list Hollywood composers and has won multiple awards including the BMI Pete Carpenter Fellowship and Global Music Awards. She also counts among her honors the Global Music Awards Silver Medal for outstanding achievement in film and TV scoring, and was a jury member of the Le Petit Cannes Film Festival 2018.

Ho-Ling Tang is a composer, orchestrator and arranger, currently based in Hong Kong. Her recent works include Volunteer Stories for the Radio Television of Hong Kong; the documentary title sequence for SXSW 2019; Willa, the thriller adapted from Stephen King’s novel; Palomitas, the award-winning animation, and others. She works as an orchestrator and has contributed to the films: La Gran Adventura de Los Lunnis y el Libro Magico, Wu Ling Guai Shou (Kung Fu Monster) and The Accidental Prime Minister. Her music can also be found in production libraries such as Extreme Music.