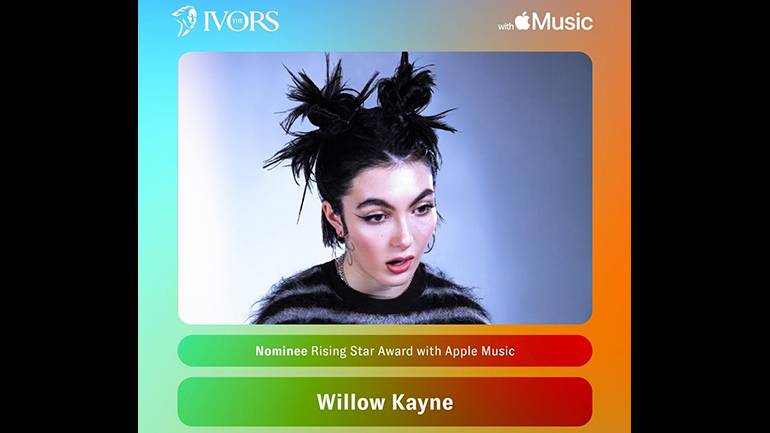 BMI proudly congratulates Willow Kayne,* who has been nominated for this year’s Ivor Novello Rising Star Award With Apple Music.  Celebrating young British and Irish talent who demonstrate exceptional potential and ambition, the Rising Star Award was introduced last year – the first new category to be added to the Ivors in 10 years, demonstrating Apple Music’s continued support of the songwriter and composer community. Considered a ‘90s obsessive, Kayne is influenced by hip-hop and hazy electronica with a punk attitude. You can check out her releases ‘Two Seater’ and ‘I Don’t Wanna Know’ on Apple Music here.

As part of the nomination process, all the talented newcomers who received nods are paired with mentors renowned in the songwriting and composing community. The 2021 BMI mentors are:

The remaining Ivor Novello nominations for this year will be announced August 10, with the winners announced at The Ivors with Apple Music on September 21 at Grosvenor House.

Congratulations to Willow,* who will be mentored by Nile Rodgers.