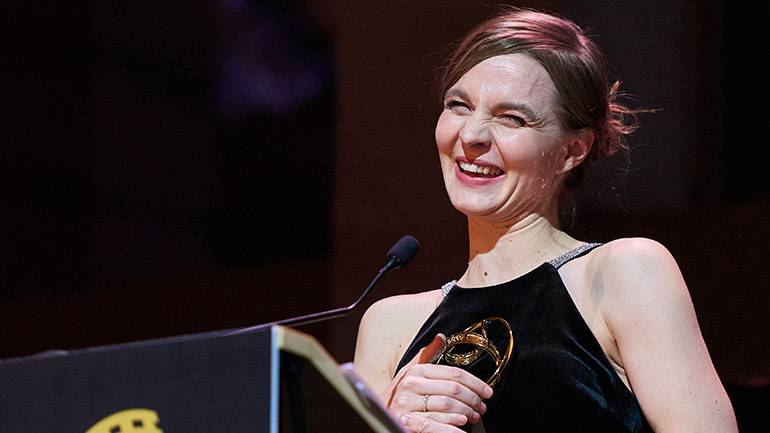 BMI Composer Hildur Guðnadóttir receives her awards for her work in “Chernobyl” and “Joker” during the first edition of the Society of Composers & Lyricists Awards. Photo: Court McAllister

On Tuesday night, the Society of Composer & Lyricists presented their inaugural awards at the Skirball Center in LA, honoring composers and songwriters in all visual media. Winning in all five categories were some of Hollywood’s hottest composers, all of whom are BMI affiliates. In addition, the SCL presented legendary BMI composer Thomas Newman with the Spirit of Collaboration Award for his enduring partnership with director Sam Mendes, with whom he worked once again on the current box office hit 1917.

Congratulations to all. Here’s the list of BMI winners:

Outstanding Original Score for an Independent Film
Kathryn Bostic – Toni Morrison: The Pieces I Am