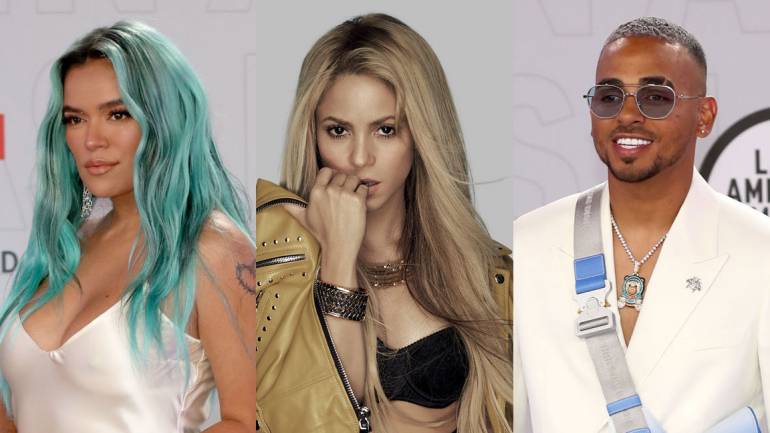 BMI songwriters once again distinguished themselves at the sixth edition of the Latin American Music Awards, which was held Thursday evening at the BB&T Center in Sunrise, Florida. Among the evening’s biggest winners, Karol G won three awards, notably Song of the Year, Favorite Song - Urban and Collaboration of the Year, all for “Tusa,” her track with Nicki Minaj*. Colombian superstar Shakira, meanwhile, claimed the awards for Favorite Artist - Pop and Favorite Song - Pop for “Me Gusta,” also won by her collaborator on the track, Anuel AA. Rising Puerto Rican reggaeton star Rauw Alejandro took home the New Artist of the Year award. And in a stirring, emotional moment, recent BMI Latin Songwriter of the Year award-winner Ozuna was celebrated with the Extraordinary Evolution Award, which was presented to him by his grandmother.

Beyond the evening’s accolades, there were some inspired performances, notably celebratory opening number “Mi Niña” by Wisin, Myke Towers*, Maluma* and Anitta, a rousing airing of “El Makinon” by Karol G and Mariah Angeliq, a medley of hits by Ozuna, a rendition of “Canción Bonita” by Ricky Martin and Carlos Vives* and country artist Carrie Underwood’s duet with David Bisbal*, “Tears of Gold.”

Below is a list of all the BMI winners. Congratulations!