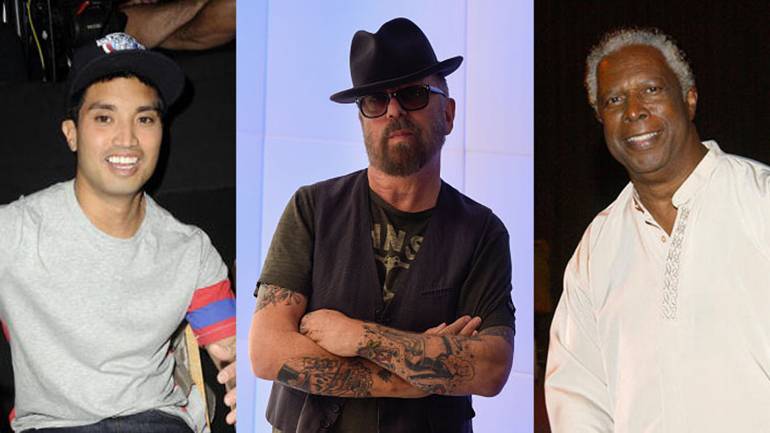 The Songwriters Hall of Fame unveiled its list of inductees for 2020, and once again, BMI is very proud to count members of this august class of music creators as its own. Initially conceived to honor and celebrate the work of songwriters, composers and lyricists responsible for the world’s most beloved music, the Songwriters Hall of Fame is a revered institution, and its recognition is a prestigious accolade. This year’s class of honorees will be celebrated and inducted at the organization’s 51st Annual Induction and Awards Dinner on Thursday, June 11, at the Marriott Marquis Hotel in New York City.

A versatile songwriter, multi-instrumentalist, DJ and producer, Chad Hugo has played a major role in the trajectory of hip-hop for the past three decades. As one of The Neptunes, the songwriting/production partnership he forged with Pharrell Williams in 1994, Hugo has been both a multiple GRAMMY-nominee and four-time GRAMMY winner. The names Hugo has written for, produced and collaborated with is a veritable who’s-who of hip-hop, including N.O.R.E., Kelis, Ol’ Dirty Bastard, Foxy Brown, Clipse, Snoop Dog, Jay Z, Mystikal, Diddy, Busta Rhymes, Usher, Earl Sweatshirt and many more. Additionally, Hugo’s scored hits within the ranks of the genre-blurring hip-hop/funk-rock band N.E.R.D. Beyond his work in hip-hop, Hugo has worked with artists as far-reaching as pop titan Justin Timberlake, alternative rocker Paul Banks of Interpol and K-pop group Red Velvet. Currently, he’s in the studio working on solo material, but recently announced that he’s continuing to collaborate with Pharrell as The Neptunes with big plans for 2020.

The consummate A&R man, William “Mickey” Stevenson, first joined Motown in 1959 as the label’s very first Head of A&R, and started assembling a sterling roster of talent that included Marvin Gaye, Stevie Wonder, The Four Tops, Martha Reeves and many others. Stevenson was crucial in helping define the fabled Motown Sound via personally assembling the label’s formidable in-house band, The Funk Brothers, and discovering key songwriters like Ron Miller, George Ivy “Jo” Hunter, Norman Whitfield and Frederick “Shorty” Long. A prolific producer and songwriter in his own right, Stevenson co-wrote such classics as “Dancing in the Streets,” “It Takes Two,” “Pride and Joy” and “Devil With The Blue Dress On.” Currently, Stevenson is collaborating with songwriting greats like Brian Holland, Smokey Robinson and Gospel star Deitrick Haddon to produce “Azusa Revival,” a musical based on the origins of the Pentecostal movement.

BMI offers its profound congratulations to all.