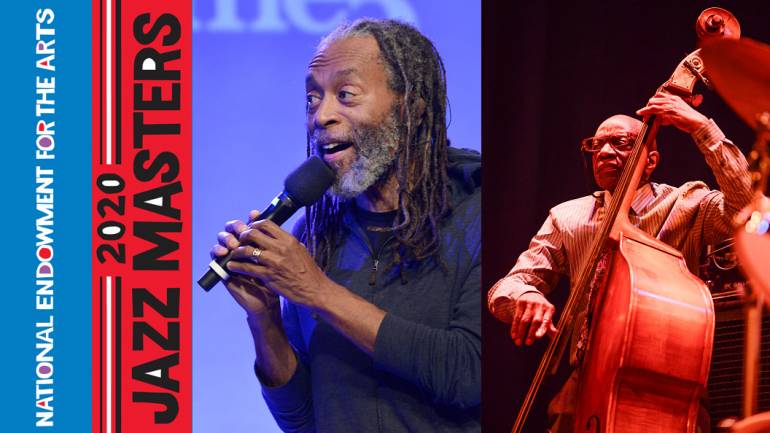 The National Endowment for the Arts has awarded two of BMI’s most gifted jazz artists with its highest honor bestowed upon the genre: Bobby McFerrin and Reggie Workman will be named Jazz Masters during the NEA’s April 1-3, 2020, celebration.

Renowned for his vocal improvisation using his mystifying four-octave range, McFerrin became a global sensation in 1988 with “Don’t Worry, Be Happy,” from his album Simple Pleasures. The a cappella song was the first ever to reach top 40 in America and ignited the ten-time GRAMMY winner to explore all his talents, including creating the ten-person a cappella group, Voicestra, and working with various artists like Yo-Yo Ma, Chick Corea, and the Yellowjackets in both the classical and jazz fields. In his 1997 release Circlesongs, he also dove into world music, and in 1990, branched into conducting symphony orchestras worldwide. From 1994 to 1998, he was creative director of the St. Paul Chamber Orchestra and during his tenure, developed the educational program CONNECT (Chamber Orchestra’s Neighborhood Network of Education, Curriculum and Teachers), which provides supplementary music education free-of-charge to local public schools, reaching as many as 5,000 students annually.

In 2009, McFerrin, along with musician, scientist, and author Daniel Levitin, co-hosted The Music Instinct: Science & Song, an award-winning PBS documentary based on Levitin’s bestselling book This Is Your Brain on Music. Still performing, McFerrin tours internationally while also participating in music education programs, making volunteer appearances as a guest music teacher and lecturer at public schools throughout the United States.

Reggie Workman, who is also a professor at the New School’s College of Performing Arts in New York City, is one of the premier bassists in jazz. As a member of two of the genre’s most important groups, the John Coltrane Quartet, where he lent his talents to the iconic recordings Live at the Village Vanguard, My Favorite Things, and Africa/Brass, as well as Art Blakey’s Jazz Messengers, Workman has performed in both avant-garde and mainstream jazz. Known for his ability to play in any style, he has worked with musical giants Yusef Lateef, Booker Ervin, Abbey Lincoln, Lee Morgan, Max Roach, Archie Shepp, Wayne Shorter, and Mal Waldron, as well as Marilyn Crispell, Andrew Hill, Jeanee Lee, Butch Morris, David Murray, Sam Rivers, and Cecil Taylor.

In addition to performing, in 1970, Workman cofounded the historic Collective Black Artists, and in 1990, cofounded MADLOM, a nonprofit performing arts laboratory for students 3 to 18. At the New School, he has implemented the Bass Ensemble Workshops, the Futuristic Music Ensemble, the Coltrane Ensemble, and the Jazz Master Class Series. As an avid mentor, he shares his extensive knowledge of jazz history and music and has worked with students who have become acclaimed artists in their own right, including Lakeisha Benjamin, Avishai Cohen, James Francies, Robert Glasper, Roy Hargrove, Jose James, and Brad Mehldau. For his remarkable achievements, Workman has received numerous awards as both a musician and jazz educator, including the Life Achievement Award by the Jazz Foundation of America (1997); the citation of excellence from the International Association of Jazz Educators (1997); and the Mid Atlantic Arts Foundation’s 1999 Living Legacy Award.

McFerrin and Workman will be honored at free, open to the public events throughout the SFJAZZ Center in San Francisco, held in collaboration with SFJAZZ. In addition to hearing from the masters themselves at a listening party and a master class, a one-night-only concert on Thursday, April 2, will feature performances that showcase the honorees’ impact on jazz. Hosted by 2017 NEA Jazz Master Dee Dee Bridgewater, the concert will also be available via a live webcast and radio broadcasts. For more information, please visit the NEA site.