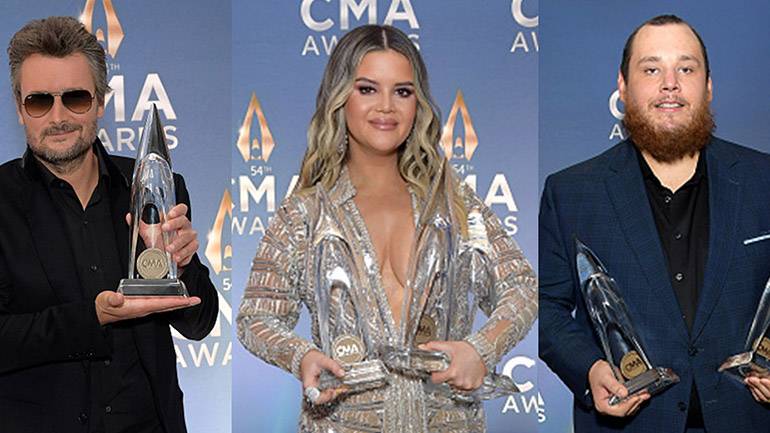 Last night was a spectacular night in Nashville as the CMA held an inspiring socially distanced award ceremony with BMI songwriters again taking the majority of the coveted awards. Leading the pack was Maren Morris with three wins and Luke Combs with two, while Eric Church also filled the evening with excitement as this year’s Entertainer of the Year, his first win of the major trophy. The star-studded event also provided viewers with much-needed doses of electrifying performances and poignant tributes to the music makers we’ve lost in 2020, including BMI legends Mac Davis, Joe Diffie and Charlie Daniels. Taking the stage to deliver some of the night’s musical highlights were BMI superstars Jason Aldean, Ashley McBryde, Little Big Town, Keith Urban, Miranda Lambert, Jon Pardi, Thomas Rhett and newcomers Ingrid Andress and Gabby Barrett, among many others.

Congratulations to all! Here are the BMI winners:

Album of the Year
What You See Is What You Get – Luke Combs
Producer: Scott Moffatt

Entertainer of the Year
Eric Church

Single of the Year
“The Bones” – Maren Morris