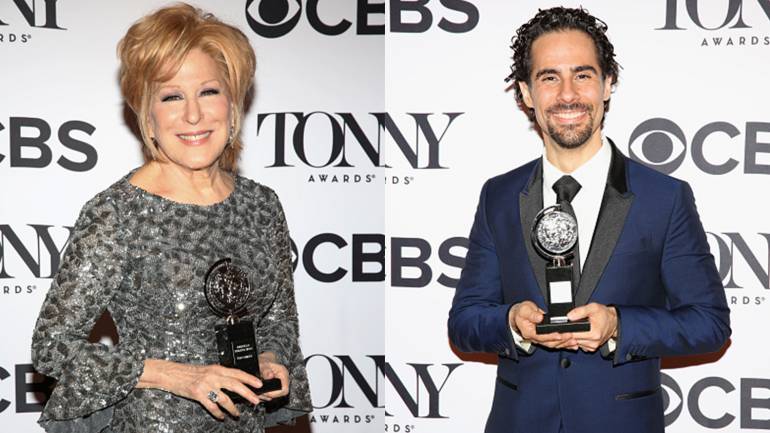 BMI is proud of its affiliates who were honored for their work for the stage at last night’s 2017 Tony Awards in New York City. Alex Lacamoire took home the Best Orchestrations award for his contributions to Dear Evan Hansen. This is the third time Lacamoire has earned this accolade, having won it last year for his work in Hamilton and in 2008 for his work on In the Heights.

Bette Midler, meanwhile, claimed the award for Best Performance by an Actress in a Leading Role in a Musical for her work in the revival of Hello, Dolly! This award is notable for Midler in that it recognizes her first leading role in a Broadway musical.

The winners were announced in a live telecast from the Beacon Theatre on the Upper West Side of Manhattan, with appearances by both on- and off-Broadway actors and actresses. Congratulations to all!

Best Performance by an Actress in a Leading Role in a Musical
Bette Midler – Hello, Dolly!