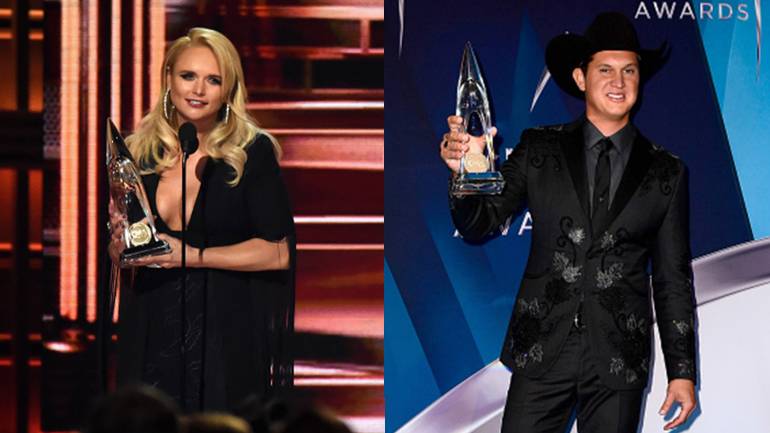 Last night, at the CMA Awards in Nashville, the country music community came together in a powerful show of unity to honor not only the top country singers and songwriters, including those who passed away in the last year, but also the victims of the tragic shooting last month in Las Vegas. Hosted by BMI affiliate Carrie Underwood, along with Brad Paisley, the star-studded ceremony was full of memorable performances, as well as notable speeches by such superstars as Underwood, Little Big Town, Keith Urban, Faith Hill and Tim McGraw, among many others. In addition to these heartfelt moments of songs and remarks, several BMI affiliates were indelibly recognized for their immense talents, including Taylor Swift, who won the coveted Song of the Year, and Miranda Lambert, who took home her seventh trophy for Female Vocalist of the Year.

Here’s a complete list of the night’s BMI winners. Congratulations to all on jobs well done!

Album of the Year
From A Room, Vol. 1 – Chris Stapleton*; Producer: Dave Cobb