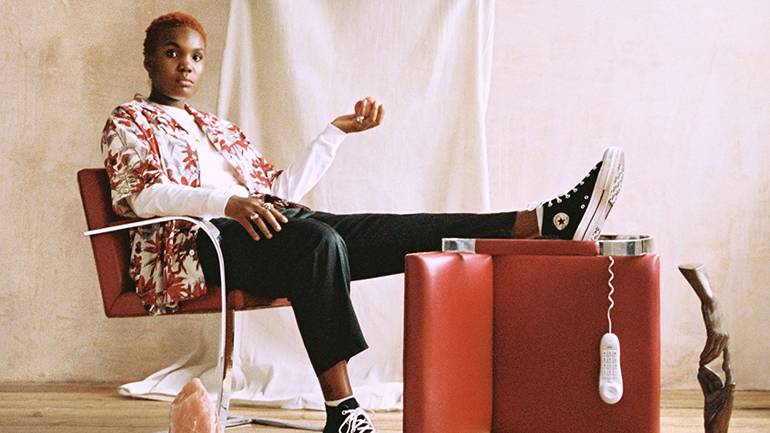 BMI proudly congratulates Arlo Parks, who has won this year’s prestigious Hyundai Mercury Prize for her debut album, Collapsed in Sunbeams. The award recognizes artistic achievement across a range of contemporary music genres by selecting the “Album of the Year” from the United Kingdom and Ireland. While presenting the award to the 21-year-old Parks, judge Annie MacManus said: “We chose an artist with a singular voice who uses lyrics of remarkable beauty to confront complex themes of mental health and sexuality, and connects deeply with her generation as she does so.”

Collapsed in Sunbeams was released in January 2021 and soon hit #3 on the UK Album Charts. It was also selected as #3 by Variety’s “Best Albums of 2021 So Far…”. Recognizing the album further with this Hyundai Mercury Prize adds to the rest of Parks’ thoroughly successful year in which she also won both the BRIT Award for Breakthrough Artist and the Deezer Breakthrough Music Artist award at the GQ Men of the Year Awards last week. In addition, the talented songstress was recently named one of the supporting acts for Billie Eilish’s upcoming tour.

Check out the BMI Jam session that Parks performed for us back in 2020 here. Congratulations again to Arlo Parks and everyone involved in the album!