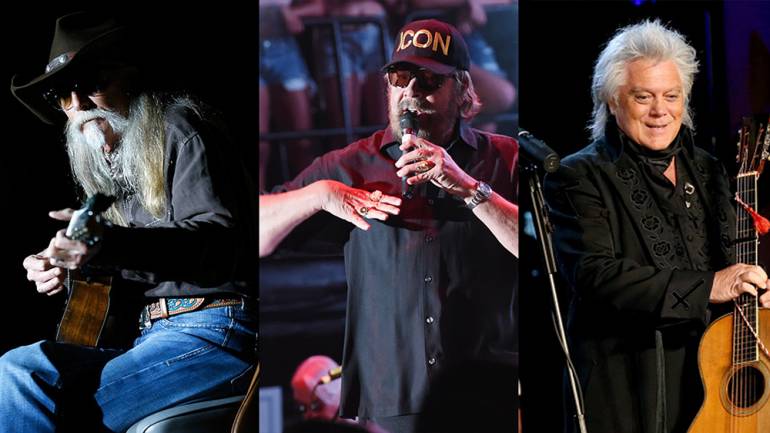 BMI is proud to announce that our legendary songwriters, Hank Williams Jr., Marty Stuart and Dean Dillon, make up this year’s class of inductees into the Country Music Hall of Fame, bringing the total number of honorees to 142. Dean Dillon, who was named a BMI Icon in 2013, earns his prestigious rank in the Songwriter category, having written a slew of hits for George Strait, such as “The Chair,” “Marina Del Rey,” and “Ocean Front Property,” while also penning hits for Kenny Chesney, Vern Gosdin, Toby Keith, and Keith Whitley, among others. Hank Williams Jr., who was named a BMI Icon in 2008, is being recognized in the Veteran Era Artist category for charting more than 100 times and reaching #1 10 times on the Billboard Country Singles chart, a feat which only a handful of legendary artists such as Eddy Arnold, Johnny Cash, George Jones, Willie Nelson, Dolly Parton, Ray Price, and George Strait, have ever surpassed. Marty Stuart, who takes the 2020 Modern Era Artist category, has won five BMI awards for mega-hits “Little Things,” “Now That’s Country,” “This One’s Gonna Hurt You (For a Long, Long Time)” and “Whiskey Ain’t Working,” in addition to earning four Gold albums and six Top 10 singles during his career as a country superstar. The inductees, which were announced online due to COVID-19, were selected by an anonymous music industry panel chosen by the Country Music Hall of Fame. Congratulations to all on jobs so well done!