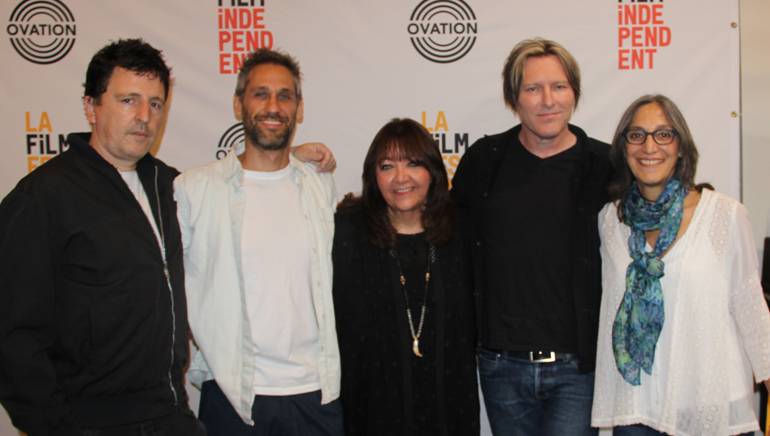 One of the highlights of BMI’s sponsorship with the Los Angeles Film Festival is its composer driven “Coffee Talk” panel, which this year was held on June 18 at the Kirk Douglas Theatre in Culver City, CA. Moderated by BMI Vice President Film, TV & Visual Media Relations, Doreen Ringer-Ross, and featuring BMI composers Tyler Bates (Guardians of the Galaxy, John Wick, 300); Miriam Cutler (The Hunting Ground, One Lucky Elephant, Ghosts of Abu Ghraib); Atticus Ross (Gone Girl, The Social Network, The Book of Eli); and Rob Simonsen (Going in Style, Foxcatcher, The Spectacular Now), the candid discussion covered the evolution of each composer’s career, their creative process and how they interact with directors.

The LA Film Festival is presented by Film Independent and showcases new American and international cinema, providing the movie-loving public with access to some of the most critically acclaimed filmmakers, film industry professionals and emerging new talent in the entertainment capital of the world. In addition to “Coffee Talk,” several BMI composers attended galas and screenings throughout the film festival in support of films they scored. To see what films took home awards from the festival, click here.