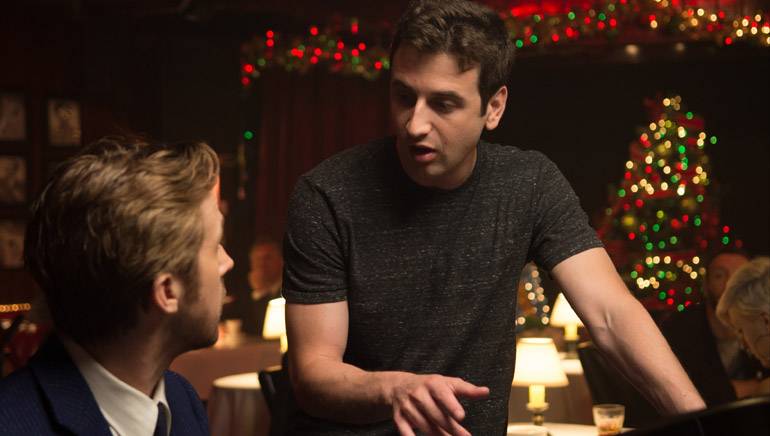 From the campus of Harvard University to the multi-Golden Globe-winning film La La Land, BMI composer Justin Hurwitz and writer/director Damien Chazelle seem to pull out all of each other’s creative stops in whatever project they take on. While still in college, the duo, who also played in a band together, started making their first film, Guy and Madeline on a Park Bench, which the local Boston Globe deemed “the most buzzed-about movie at the prestigious Tribeca Film Festival.” After that, they took on Whiplash, for which Hurwitz took a GRAMMY nomination for Best Score Soundtrack for Visual Media, and for which Chazelle garnered an Oscar nod for Best Adapted Screenplay. Now they’ve given us the highly contagious, feel good La La Land, which brought in a third player, renowned producer Marc Platt. To say the least, the hybrid musical is overwhelmingly winning over audiences with its distinctly modern and engaging spin on a classic boy-meets-girl plot.

BMI caught up with composer Hurwitz right after his two Golden Globe nominations were announced (Best Original Score and Best Original Song), both of which he won. Since that time he’s also been Oscar nominated for Best Original Score and received two Oscar nods for Best Original Song for both “City Of Stars” and “Audition” (The Fools Who Dream) from this irresistible film. The Academy Awards will air Sunday, February 26, at 7 PM Eastern/4 PM Pacific on ABC. In the meantime, here’s what the award-winning scribe had to say about his lifelong dream project, which he completely orchestrated himself.

Tell us about the success of La La Land and your music. Did you have any idea of just how well it would be received?

No, you never know. Damien [Chazelle, the writer/director] and I believed in what we were doing, but you never know how anything is going to be received, particularly something this unusual.

You’ve said that it was a tremendous amount of work. What was it about the project that kept you so inspired?

Damien and I started developing the script and music, respectively, long before getting this movie made was realistic, which makes it the epitome of a passion project. It’s the kind of movie we’d want to see, and which we would probably go see together on opening weekend at the Arclight or Landmark, depending on who would force the other one to drive (I live in Hollywood and Damien lives in Venice). The movie is full of the kind of lush, romantic, sometimes eccentric music I’ve been dying to put in a movie ever since I studied composition and orchestration in college, and started thinking seriously about scoring films. To have the opportunity to create this much music for a film – music which is such a pure expression of my voice as a composer – is an opportunity I knew may never come along again, so I wasn’t going to take the opportunity lightly.

Tell us a bit about your background. What made you decide to pursue a career as a composer/songwriter?

I took piano lessons growing up. It was your typical “standard repertoire” classical background. I started composing when I was 10, when my parents bought me a synthesizer and a floppy disc Brother sequencer. Getting me to practice piano was sometimes like pulling teeth, but when I was composing, time would disappear and my parents would have to force me to go to bed, otherwise I would stay up all night composing. I stopped composing in high school for some reason, but got interested in composing again around the time I was heading off to college. It was pretty clear that I should be studying music, because there was nothing else, certainly no other school subjects, that ever interested me like music. In college I took as many classes as I could in composition, theory, orchestration, and counterpoint.

Tell us a bit about your creative process. Where do you start and how does it flow from there?

I always start at the piano, and it’s a very, very, very long process of me working through ideas and recording piano demos before I’ve arrived at something that Damien and I love. There are lots of bad ideas along the way, and many good but not good enough ideas. Melody is very important to me and Damien, not just for a musical with songs, but for scores and probably for any movie we will ever do. It’s important that we have themes that we think are memorable. If Damien doesn’t think people will remember a theme after they’ve left the theater, he rejects it. For musicals, you have to create music before the movie is shot, but I think I’ll generally want to start composing for a non-musical movie as soon as Damien knows he’s going to make the movie, because finding the themes can take me a very long time.

How has BMI impacted your career either creatively or financially?

There were long stretches during the making of La La Land where I wasn’t getting paid, so getting quarterly checks from BMI was much appreciated and helped pay the bills.