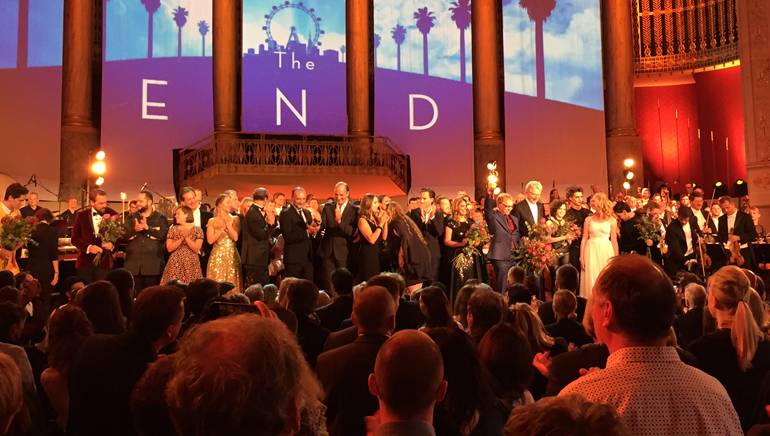 On September 29, renowned BMI composer Danny Elfman received the prestigious Max Steiner Award at “Hollywood in Vienna,” the highly esteemed international film music festival and concert series. The honor is given each year by the City of Vienna to a composer whose contributions to the world of film music are outstanding, adding yet another recognition to the four-time Oscar nominee’s impressive resume. Elfman, whose credits include Milk, Good Will Hunting, Big Fish, Men in Black, Edward Scissorhands, The Night Before Christmas, Alice in Wonderland, and Planet of the Apes, among many others, received a musical tribute at the gala concert at which he himself performed, mesmerizing the already enthusiastic audience even further.

In addition to his concert and film work, Elfman also composed the iconic theme music for the television series The Simpsons and Desperate Housewives, as well as having composed a ballet, Rabbit and Rogue, which was choreographed by none other than the legendary Twyla Tharp.

Congratulations, Danny, on yet another honor!